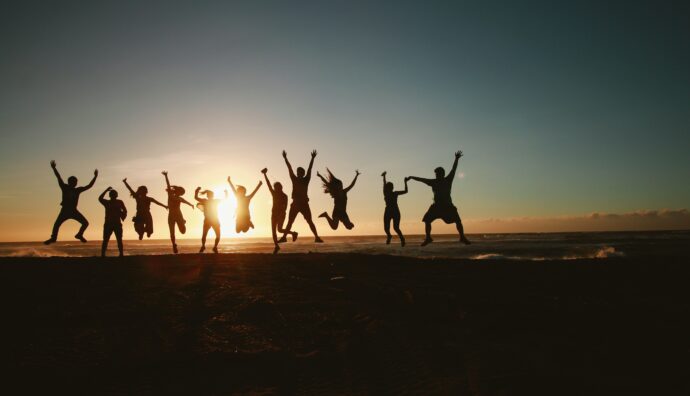 A few days ago I was talking with an Aikido Professional Teacher, analyzing with him the difficult situation of these months and the changed social and economic conditions that are the background for all our activities, including the structured organization of Martial Arts classes.

Much has been said and written about that and everyone has an opinion about which comes from a personal perspective.

A few months before the current pandemic, for professional reasons, I developed a series of market analysis for clients active in the media, entertainment and learning sectors. I took the chance to outline a target user profiling. I was mainly interested in understanding how much people were willing to spend to practice martial arts, within certain demographic groups.

This kind of analysis is the basis of almost all the marketing strategy of what we consume: from food to clothing; from phone tariffs to insurance; from subscriptions for streaming service to leisure. There are companies that made their fortunes by creating databases that dissect the habits and behaviors of people, companies, groups…

With the awareness of not being the Nobel Prize for Economics – I identified the average spending propensity for the purchase of the “product” – Martial Arts course at € 280 per year. This at least in the north west of Italy.

It is true, at the beginning the costs are higher: you have to buy the equipment, clothing and all the stuff. Transport, gasoline and consumables are not taken into account in that amount (yes, you have to buy a shower gel every now and then!). Nor is it taken into consideration that a slightly more immersive experience certainly requires more time and money. If new friendships are born, the pub after the training is not free, just as seminars, accommodation and travel expenditures.

In any case, the analysis gave back a point of reference useful for subsequent reasoning and planning.

Then came the pandemic. With it, the evidence of a pre-existing economic crisis but silenced for too long and, now, a fair period of real recession is rising on the horizon, without the chance of making-up its ugly face.

What can we say? After some partial investigations, it would seem that the propensity to spend collapses, settling in a range equal to one third or more than half of the original value. It is true that there is not enough evidence to make such claims definitively and it is true that no one can predict the future with certainty. However, various socio-economic indicators would seem -at least in our areas – to indicate turbulent periods.

For those who have chosen (martial arts) teaching as a lifestyle and source of economic sustenance thanks to their recognized professionalism, these indicators are certainly not exciting.

Therefore, talking with the aforementioned teacher, I stressed a perspective of objective difficulty. Ok, the backbone of a Dojo may have developed such a responsibility to understand that monthly fee should be paid even -especially-in times of crisis. But the crisis is a fact even for the “backbone”; moreover, the Dojos will find themselves in a odd situation: on one hand with so much request for classes, on the other with families with reduced ability to pay.

And here, as often happens with those who try to use what they live to understand a little more themselves and the world in which we find ourselves, a spark of deep light was born.

“People come to the Dojo because they know it’s a place where they can be -and they can learn to be- good people”.

You can (and should) have a lot of marketing speeches, but the secret is all there.

In the nineteenth century, in a period disrupted by economic, social, demographic and political crises, a poor child, who grew up on the periphery of everything, became, growing up, the reference for thousands of children, poor and abandoned as he was.

Fr. John Bosco centered his activity in favor of youth by creating places where they could “be happy”, and where they could get to be aware of and put their talents to good use through study and professionalization in order to become “good citizens”. In truth, “good Christians and honest citizens”, because Fr. John Bosco knew – not only he did believe – that only by nourishing the intimate part of each of us the individual may bear its best fruit.

What is needed more than this today? More than being able to offer ourselves and others, together with us, a quantum of happiness, which is that movement of the soul that comes from sharing an activity, getting out of the shells of one’s social distancing?

What is more necessary than building a place and a moment where you know you still count for something? Recognizing you can make the difference. A certain political narrative has accustomed us to thinking that in the democratic West, individualities are valued and that we can virtually become what we want. It is not entirely false; however, it is quite true that what the individual thinks or does not think, does or does not do, the social system does not matter more than an ant.

Faced with its limits and the more or less invisible barriers of society, if the Dojo can become a community of people and not just a group of enthusiasts, then it can become that place and that moment in which living as good people. Maybe for two, four, eighteen hours of the 168 of the week. Always better than zero.

And if so, then it is possible, within the law and despite the limitations of the law, to build a relationship that allows those who dedicate their lives to the community to live a dignified life, probably accepting a perspective in which those who are able to, contribute at the maximum of their own actual capabilities.

If we have the courage to step out of our shells and look at socioeconomic issues with new eyes on the basis of methods of analysis, the world of the future will look more like a neural network than a corporation.

Many small knots, distributed some in a gym, some in a dojo, some in a park, some in a house, connected by sharing the vision of a world that has always survived because there have always been good people who try to make themselves and their surroundings a little better than yesterday.