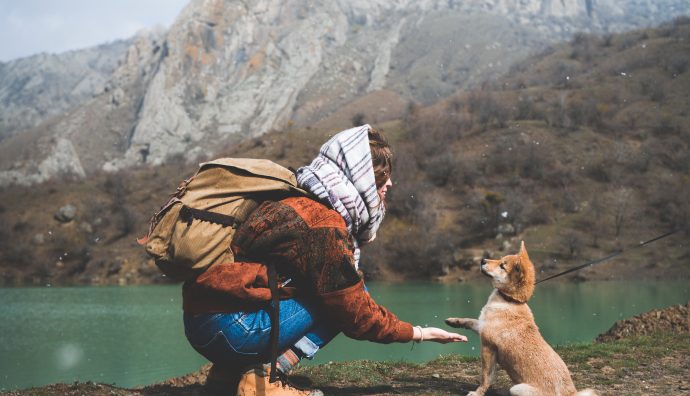 What’s the value of fidelity? What is it, what is it intended for? To what extent can we talk about it within a discipline?

The story of Hachiko , the dog that for years went to Shibuya station, Tokyo, to wait for the return of its owner become a paradigm of unconditional fidelity. An unbreakable hope, a sense of mutual belonging that moved and inspired generations of people, far beyond Japan borders.

With fidelity, as in other virtues, a kind of disconnection happens. We would all like to enjoy such strong, pure and faithful bonds like Hachiko’s with its owner. Especially among human beings.

We all suffer a lot when trust is betrayed, when a bond is consumed due to infidelity.

Not all of us are capable of giving fidelity in the same way we want it. Otherwise, we would not be living in a highly fragmented society.

One of the seven virtues of bushido is loyalty, chu ( 忠 ). It is a very simple and therefore profound ideogram: it symbolically represents what resides in the middle of the heart.

The fruit, the attitude of loyalty is chujitsu (忠 実), which we translate as “fidelity”.

In recent weeks, remaining in a martial context, I have heard about fidelity from different perspectives.

In martial environments, fidelity is a slippery concept. It always is, even elsewhere.

If it degrades to addiction; if the sense of belonging to the group suffocates the needs of the individual and vice versa, talking about fidelity takes on the contours of a reciprocal manipulation. Loyalty is a value between free people and fidelity is one of the highest expression.

It happens from time to time to hear that “the Japanese mentality rewards fidelity. Higher degrees certify fidelity, not technical mastery”.

We’ve often heard these kinds of sentences. Each time referred not to one’s own rank and roles but to those of others. The fidelity of others, seen as a nuisance. Perhaps because it unmasks an actual servility. Or maybe because it reflects a perversion of fidelity that those who criticize cannot act nor live.

On average, over the timeframe of eight to ten years, a practice group totally changes. There are few who cross the group pictures around the sensei over time. Most of them drop.

Yet, on that common part of road, on average you only meet enthusiastic people: it seems that there is only the practice, the dojo, the technique.

Let’s go back to the virtues of bushido. Virtue of a world made of technique, of physical work, of relationship in close contact with a fellow practitioner.

Let’s go back to that kanji (忠), which expresses something that isn’t technical, it’s not physical work.

And we end up discovering that a Dojo is a small workshop, a lab where we can try to give some tuning to our self to come out as better people.

Disclaimer picture by feelalivenow from Pexels