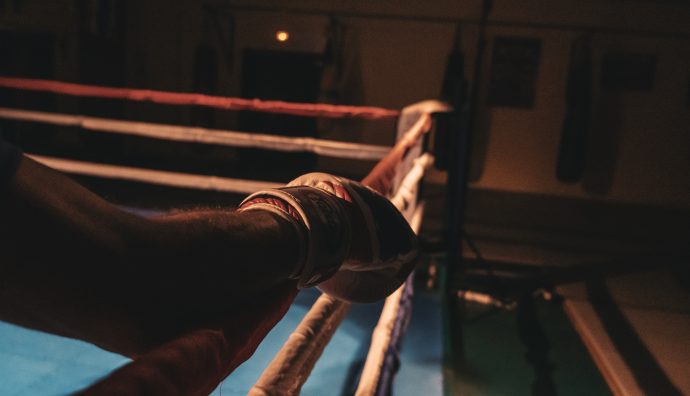 Recently, a kick boxing teacher told me that when he was a boy in the gym where he trained they had two bags. A “normal” one. The other filled with material so hard that training hitting that bag was reserved only for those who had a “conditioned” body.

When we talk about training methodologies in Martial Arts, sometimes the theme of physical and functional conditioning arises. Seen by some as essential, to desensitize parts of the body making them structurally more capable of absorbing violent and heavy impacts. Seen by others as useless, because it would stiffen musculoskeletal components of the body, making the whole movement slow. Still others see it as dangerous and harmful to the integrity of the individual.

Some training sessions in some disciplines, along with documentaries and movies have mythologized the figure of the fighter who, by repeating jabs and kicks against a hard target, develops an indestructible body…

The theme of functional conditioning of the physicist offers an opportunity for some reflection.

Regardless of physical performance, each training session offers a certain amount of repetitions. Formal training (the so-called katageiko 形稽古) offers the practitioner a grid, a grammar of movements, a psychomotor geometry system optimized for the discipline.

In any training session, there is direct experience of the clear distinction at the aesthetic level of the performance of a beginner compared to that of an advanced practitioner.

The body is slowly and progressively introduced to the use of the codified martial experience and gradually more and more moved to a more “free interpretation”: in this way the neural paths evolve in a way that make the psychophysical system capable of coordination, reactivity, adaptation, flexibility.

In a way, this too is conditioning, no less significant than body’s.

But if you manage to condition the body, and in a certain way the mind, what about the heart?

The evolution of Martial Arts has condensed the legacy of ancient warfare into competitive combat. On the other hand, the perspective of Aikido claims to overcome the winner/loser distinction, entering a non-dual dimension in which the sharing of values, the search for personal improvement and the harmony of the relationship are possible thanks to the acceptance of the conflict.

During the  practice, therefore, there is an attitude of values, which certainly does not concern the physical or mental sphere, which is constantly stimulated, or at least it should be.

So we could be led to believe that, like the body, the heart is subjected to a conditioning, through practice.

If so -and from our point of view this is true- then it is good to ask ourselves what effects this functional work has on that most intimate part of us, so powerfully fragile and so delicately capable of enormous impulses.

A constant practice usually modifies, amplifying it, the ability to listen and to empathize. “Taking the perspective of the other” is a very common concept among practitioners, and it is at the same time the only key in order to elaborate a technique in constructive and non-destructive terms.

“Kaiten 回転”, from a purely physical movement, evolves into a real revolution and becomes the cornerstone on which to set up a path of real improvement. Evolving from kaiten to kaizen 改善 is not just a matter of changing consonants but oneself and here the game gets tougher.

Therefore, if a muscle, after a lot of repetitions, can harden, we must ask ourselves whether the heart can also desensitize.

“Taking the other’s perspective” can also degrade into simple habit. A sort of Pavlovian reflex, determined by the practice in the Dojo, after which the reflex evaporates and everyone resumes their own path, their habits and their beliefs.

The proof of the authenticity of what we practice at the Dojo is nurtured by two inevitable steps: the technical one and the relational one.

The obvious temptation, as always, is that of the shortcut to pure individualism: the technique fails because “it’s uke’s fault” and relationships don’t improve because “others don’t understand me” or are not up at the level to my almighty ability of understanding and compassion towards the whole universe.

Therefore, if the practice stiffens the heart in this way, it can rot, in fact feeding the pure individualism, reducing itself to one of the many tools of omnipotent loneliness that the hyper-connected society is equipped with.

It can become the worst of manipulations. On others and on ourselves. In practice, offering us the justification for not changing. Never.

What kind of dialogue, what kind of relationship would it be that one in which one repeats just understanding the point of view of others, and then leaving exactly as before?

Like many other founders, Morihei Ueshiba, spoke quite clearly about brotherhood, about universality. He spoke about a message for hearts that are not sclerotic in the perfect repetition of an exercise yet beating in sharing the need for a continuous conversion (revolution?)to the beautiful, the true, the right.