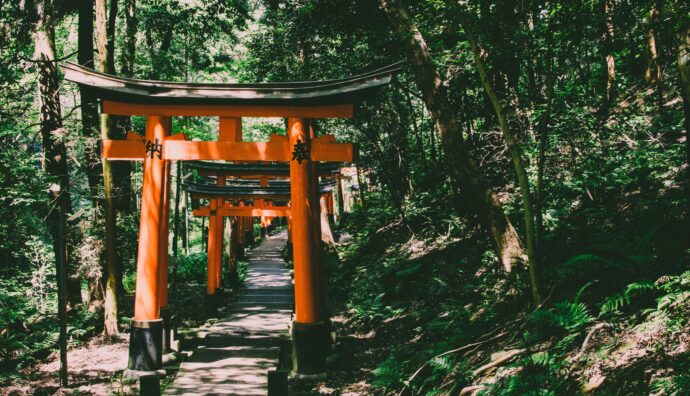 When we visited the Chiapas villages in Mexico, we were amazed by the presence, in every home, of altars. As if people wanted to reproduce at home the sacrality of the local churches, ensuring to be protected by God and saints. Such altars were very rich and brilliant -if compared to the poor conditions of people who owned them. Surrounded by candles, plenty of statues, paintings, pictures of the relatives who were already passed-by, pictures of nephews, daughters, sons, sisters, brothers…

A mix of beliefs, rooting in the local precolombian culture and adapted to the Christianity.

It happens quite the same all over the world. I still remember of my relatives in Southern Italy who had in a corner of their rooms little altars for their personal prayers. Same pictures, same paintings.

In Japan they call them butsudan, “family altars”. They look after their worship for their ancestors.

No matter Japanese people is the result of a religious blend between Shintoism and Buddhism. They may pray at their kami, Shintoist spirits and simultaneously believe that, when someone dies, that individual becomes hotoke, another Buddha. In that moment, the individual reaches finally the ultimate state of enlightenment and perfection. As they believe Buddha has been able to in his life.

There is something that trespasses every barrier in humankind. Something that remembers us we are all the same.
All traditions believe that there must be something after the death. That our relationships aren’t lost. Nor broken.

And, yes, there is also sometimes the bad habit that makes people change their opinion about someone just because of his death. Usually transforming -deforming?- him into a saint, no matter he or she did while living.

Fortunately, if this evolution takes place and -really- the individual gets into a higher level of being, this doesn’t depend on what people may say or not.

For sure this day can be seen as his dies natalis (birthday) as Christian tradition is used to call that day. For sure we can say he’s kami or hotoke. Not in the sense of making him someone or something he’s never been: an idol, a god, the ultimate source of truth. This would be not respectful neither for him nor for us.

But in the sense of a person who struggled in his life to seek and live the truth, with every effort, being patient, not mild, with his limits and trying all he could do to give others tools to make their lives dense and meaningful.