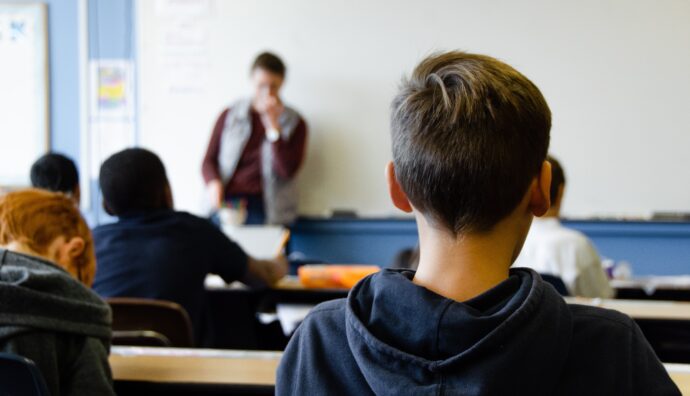 Recently, we had another average martial discussion – “I don’t attend the group of Master XYZ because they are too fanatic, they idolize him. Rather we go to Master QWERTY’s stage because he is soooo good, lovable, he throws you with a finger, you sweat a lot, etc. etc “- made us think about a component that all martial artists share: a certain unconditional reverence for their masters.

The reflection that we propose doesn’t aim at giving labels to this phenomenon. Reverence happens and is common.

Rather it is interesting to dwell for a couple of minutes on the qualities and attitudes that allow this loyalty to take root and often lead to forms that are close to unconditional absolutism. To then understand their merits and identify some risks.

Every traditional do, as well as every training course, requires a certain amount of willingness to be shaped by a discipline. An attitude halfway between that docility that was so much appreciated by elementary school teachers when we were on school desks and a certain military-grade classification.

The roles, hierarchies and differences in technical knowledge are clear. To those who cross the threshold of a martial arts course, it often happens that they feel lost so that they cling, almost literally, to the teacher who leads the course, to some expert student, to some reading, to some habit that slowly becomes a ritual.

In the common imaginary, often relaunched also by many beautiful posts and suggestive images on social networks, the ideal sensei is one who slowly strips himself of all his knowledge to give his students the necessary tools to make a journey of freedom facilitated by the art that you study.

Often these posts are written by the students of the aforementioned Master.

Manifestations of moving affection? Evidence of a job well done? Signs of a distortion of the relationship in the name of a poorly concealed subjection?

It is this paradox – freedom in subordination or if we want freedom in obedience – that stimulates the most hidden reflection.

After all, if we have entered into the dynamics of a dojo and we have remained despite us and in spite of everything, it is because one side of our personality is somehow attracted by the mechanisms underlying the otherness in subordination.

And this is a little under everyone’s eyes. From those who say that they’re uninterested in grades and then become an example of performance anxiety for exams, those who change associations depending on the qualification they are promised, those who follow the famous QWERTY master even at the end of the world although they know exactly which exercises the teacher will propose a few minutes later, to those who try to ingratiate himself with X or Y  by continually posting their pictures, to those who publicly denigrate the master John Doe because they know he had disagreements with their sensei …

The list is long and may continue for pages. If we then touch the “teaching” button, we can witness how meek lambs turn into competitive wolves to be able to teach this or that training, seminar, …

Offering one’s freedom, one’s obedience, one’s time: this is certainly one of the highest gestures that human beings can make.

Provided that you have some sensors available to verify punctually that this choice is made in the name of a wider freedom and that it brings a certain personal utility, in terms of human and technical growth.

A little would be useful to become the… Loyal subjects of his majesty the sensei XYZ if this then made us totally unable to relate to the outside world. Exactly like the other way round: if we become talented PRs but our techniques are weak, we are probably wasting our time.

The technical quality and the quality of the relationships are two very powerful indicators of the level of the healthiness of the air that is breathed in any training environment. Is technical growth, despite the difficulties, tangible? Are we invited to have experiences also outside our community? What relationship do we have inside and outside the dojo with our mates? Do we exist only for those hours or do we know how to meet each other even beyond the discipline?

Making it a sterile liturgy is very easy. And it’s a risk that affects everyone.

Maybe… We go to the dojo not because we are convinced rather not to displease the Master. Perhaps we teach without cultivating that inner fire that made us fall in love with the discipline. We sink into the ultra-respectful Japanese ceremonial, and then talk about those who are not there. We even end up believing that hierarchies should continue out there…

In short, behind the habit, when not the search, of subordination, there is a world that is moved by many subjects: our ego, our insecurities, our manipulations, our deep aspirations even if not aware.

Besides… Beyond the Hollywood stereotypes in which the perfect hero sometimes redeems the whole world thanks to acts of plain insubordination, indiscipline is a luxury that only a perfectly educated and developed freedom can afford, without damaging who puts it in place or the surrounding environment.

It is no coincidence that among the well-known virtues of bushido, which are beautifully displayed in the hidden folds of a hakama, there are 義, (Gi-honesty and righteousness), (礼, Rei: dignified respect ) and 忠義, (Chugi- the faithful duty) and freedom is not mentioned.

Not only and not so much because freedom is a founding concept of the Western world on a par with harmony, a pillar of Eastern thought, which sees freedom as something potentially damaging to harmony. But because at the end of the do we find that freedom that we all say we want and that few reach.

Often confusing servility with loyalty, immaturity with devotion, lack of alternatives with fidelity, fear with respect and interest with friendship, flock with community, mean with purpose.