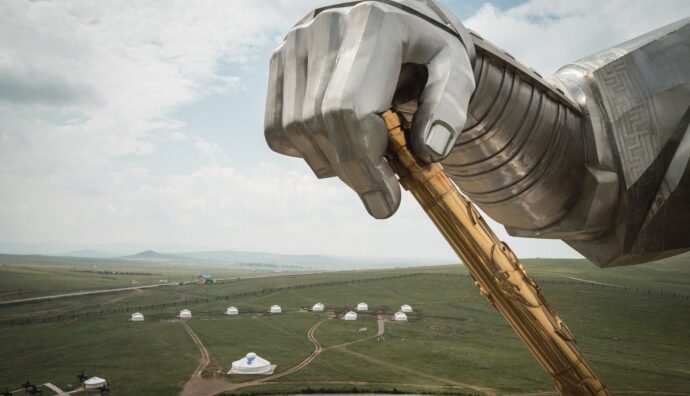 Today in Japan  Naruhito is crowned as Emperor and will sit on the throne of one of the oldest and most evocative empires in history.

Writing about democracy as a form of regulation of relations to which we are accustomed in the West, sociologist Giovanni Sartori argued:

Democracy is not just voting and electing. Democracy is a political system, a large and complex set of structures, while the vote-elect mechanism is only, in itself, a tool for choosing leaders: a tool used since the world was an alternative to hereditary succession or to Faustenrecht, the right of force, to the conquest of power by force. Therefore the vote-elect system does not, by itself, have any democratic meaning. The Pope of the Catholic Church is elected by the college of cardinals but remains an absolute leader. The vote-elect system acquires a democratic meaning if, and only if, it enters a democratic system that is made so by structures that restrict power that prevent the election from creating an absolute leader who keeps the voting people in submission.

Since we practice martial arts born and raised in oriental culture (specifically Japanese), and since our nature as human beings leads us to be like that, often one of the most difficult demons to fight with is that of authority/authoritarianism.

Alongside many good examples of real dedication, in which teachers and mates put themselves to free service of mutual growth inside and outside the Dojo, there is no denying that there are many many cases in which, as technical knowledge grows and belts get darker, attempts to assert the individual over the group also show up.

It is always curious to note how often, the more one talks “japanesish” and references to the samurai (侍) and to the reported value system, the less one can remember that one is a samurai if and only if one “serves”. Literally.

Serving yourself remaining faithful to the commitments taken. Serving the mates, especially those who are beginners, remembering the patience of those who once taught you … to tie your shoes. Serving the group, helping those who lead it to create the right collaborative atmosphere so that it is a serene, familiar, clean and serious place. Serving also…The truth, trying to look for it, to live it and to say it in opportune moments and ways, with charity.

In the dimension of service there is a boundless universe of facets that can be explored.

Instead, there is a tendency to forget about it. After all, we have entered a mechanism in which a certain mix of resistance, application and continuity are the formal elements for progressing gradually, slowly.

As a paradox: it is sufficient to “resist” to scale the “social pyramid” to the right. In the line at the Dojo as well in society.

Being authoritative means serving: the recognition of authority comes from the group, constantly, through the evaluation of the relationships that arise in it and develop into roles that are usually clear. Authoritativeness, like spontaneity, cannot be imposed either on oneself or on others.

The fact of being sooner or later in the condition of being among elderly students, in a very Japanese vision but at the same time very dangerous, leads us to think of being automatically among the “leaders” of some group.

And to believe that respect is due regardless of how recognition of authority is due.

Except that -luckily- being a real leader is something that may resonate or not in a group. You can try to be nice, to point out how many medals you have on your service status… If you are not recognized by the group you can resign yourself.

An emperor without subjects would be ridiculous. Yet it is a bit what happens when our ego convinces us that it is better to wear a role mask to convince us that our value lies in a function of command and not of service. Of supremacy and not of support.

The emperor in Japan is no longer considered a kami, a living god. And if it looked appropriate and if it made sense to an emperor to stop being obsessed with making himself be considered for what one is not, even a simple martial arts practitioner can make this effort, remembering that one is king to the extent that one gives to others something of himself.