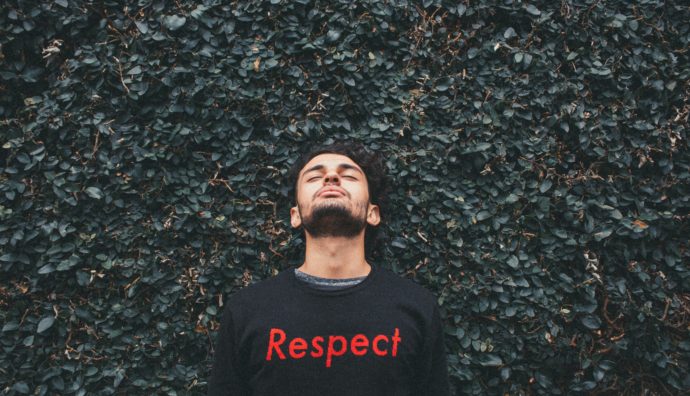 In that kind of do-it-yourself marketing that rages in the world of Martial Arts, one of the various mantras is the claim that the practice of a discipline “teaches respect”.

That’s true: one of the many gifts of constant practice is also an increased capability to respect yourself and others.

Yet, is it really possible to “teach respect”? And if so, how?

A quick answer could indicate the rigid hierarchical approach given by the Japanese culture in which training in combat arts has been codified. Although watered down, enriched, modified or distorted by the encounter with Western culture, this signal has come down to us. In our dojos there is a teacher, there are (some) students, there are ranks, seniority and codified rules. There is a terminology and a sort of “ritual”, a courtesy codified and summarized in that Japanese term known as “reishiki“, the “etiquette”, in fact.

Certainly, formal education is the process through which we have all gone through several times, in a more or less structured way. The family, the school, the attendance of a church or a cult, the job… Sooner or later we all realized that we all started from a usually well-defined formalism (“say good morning to the teacher”, “say please”…) which over the years we have started to decline according to our level of understanding and acceptance.

Formal education is certainly an essential step. But it does not necessarily lead to respect, nor to its understanding. You can be diplomatic and formal at your best, in the same time being completely cold or even a ruthless torturer with a smile on your lips.

Moreover, each of us has known more than one individual who, uneducated to form, has been unable to give or receive respect because he/she lacks the grammar of living in relationships.

Training the etiquette is however something extremely positive: greeting and saying “thank you” everytime you open and close the practice with tour partner slowly and irreversibly change the individual, as well as the smile and the skill to keep silent (verbally and physically) when the other “speaks”.

Yet… Respect is something different.

Respicere, in Latin, is the verb that is used simultaneously to mean looking back, paying full attention and having “re-gard”.

“Being fully focused on the present moment” is another (true) phrase that composes the various mantras of martial marketing. However, it must be recognized that the development of this quality is linked to the constancy of participation in training. To that keiko which, in fact, means “reflection on the past”. Which is much, much more than just the physical perspective, although important but not so all-encompassing, otherwise a Martial Art would in no way be different from a personalized athletic preparation program.

Therefore, the first form of respect is for oneself: to have the care and courage to constantly look at one’s path to understand, with the help of teachers and companions, how to improve those technical, physical and attitudinal aspects that the “here and now” makes it possible to spotlight the gaps that the “past” highlights. Without a constant keiko there can be the basis of any form of respect.

The second form is “full attention”. In this perspective, the “vigilant presence”, the zanshin, is an essential condition for training and exercising respect. Squeezing the maximum from every moment is a strenuous exercise that usually highlights a general inability to live fully.

The attempt to raise the threshold of attention and the quality of what we live is often accompanied by the awareness that our whole system requires a more careful restructuring: sleeping, nutrition, cultural training, readings, physical preparation, mental condition, spirituality… Respect is therefore looking carefully not only at the technical aspect (and it would already be a good formal result) but at all the hidden parts that it touches. To consider a martial growth exclusively from a technical point of view is to limit ourselves and a great waste of time.

Finally, the third form is “re-garding”. Looking with eyes, heart, mind and body increasingly accustomed to seeing in depth.

Seeing in the other the only mean whe are given to improve ourselves.

Seeing the other beyond ranks, of who “is” outside and inside the dojo, with his/her riches and  miseries, in order to discover our depths even in the relative areas of shade.

Seeing that after all, while gradually learning to fight like samurais, this is the most banal and substantially useless aspect of the practice if it does not unlock larger dimensions. Larger than the technique, I mean.

Three dimensions of respect, which we also and above all find in everyday life. A life in which we often demand what we are not capable of giving others first: capability to recognize the truth about the road and the choices we make, even when we suffer them; attention to the responsibility of living each moment in a conscious way, equipping ourselves with the tools to understand and act accordingly; respect for our and others’ dignity as a basis for being able to say “yes” and “no” serenely.

Without impositions, without the demons of authority who often conceal that great request of respect that doesn’t allow us to give it to others.