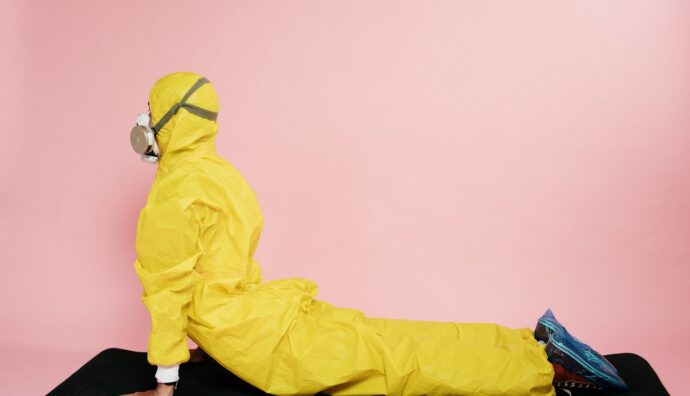 In these days when most of European Countries are back to experience conditions of confinement and uncertainty, two readings have come to mind.

Roberto Repole, in “Il Dono” (the gift), offers some reflections on the nature and implications of giving and receiving. The gift is a sign and facilitator of a relationship, of a connection. And, for this reason, it is something ambivalent, something to be treated with extreme care. There are gifts that consolidate relationships, others that break them. Gifts that create joy, others that create division.

This ambivalence also resides in the root of the words that indicate the gift. The English gift, the “present” in fact, has the same spelling and pronunciation as the German Gift, which means “poison”. Just like the word “dose” derives from the root “donum” …

The “munus”, for the ancient Latins, is a gift but also a burden, a bond. A weight to be carried as a result of a duty and a relationship.

The philosopher Roberto Esposito, in “Communitas. Origine e destino della comunità” (Origin and destiny of the community) takes up some ideas of Thomas Hobbes and concludes his ruthless analysis of society in this way: “if the relationship between people is destructive, the only way out is the destruction of the relationship itself “.

Nothing more than the pandemic allows us to see that, as individuals, we have built a society in which keeping the other at a “safe distance” is something much faster and much less demanding than seeing another me in the other. A person with whom to cultivate relationships. A gift that carries with it the risk that we may also “not like”.

Building up walls and fueling divisions is something much more ancient and lasting than the “social distancing” to which the rules against Covid-19 oblige entire nations.

We are rather inclined to avoid reciprocity, to protect ourselves from the risk of exposing ourselves to the relationship that “the other” still offers us. In other words, we are inclined to make ourselves “immune”.

And, in hindsight, it’s not a great deal. On the one hand, the alleged safety; on the other, isolation. This word, “immunity”, which perhaps in a medical sense we would like for society, so we could be able to resume the ordinary activities we were used to, basically represents not only the “freedom from the burden” (in-munus) of a danger but determines the unsustainability and the inability to offer and receive a gift. To create bonds. Immune maybe, but not munificent.

In this perspective it also becomes difficult, if not impossible, to create a “community”. A group of people capable of carrying the weight of their responsibilities because they are capable of offering the gift of their own reciprocity.

We are firmly convinced that what is happening has a revolutionary significance greater than the many ideological attempts to reform society that took place in the past.

Our Martial Arts world has no chance of surviving this pandemic if it doesn’t have the courage to move from immunity to community.

It will not survive economically, because it is increasingly evident that, except in rare cases, the labor market is heading in the direction of economic sustainability based on the contemporaneity of several activities or on sharing. (Nothing new: just go with your memory to past civilization to see how you can survive on condition of giving the same attention to the garden as to the hens, to the family as to the neighbors …)

It will not survive technically, because sports will go on promoted by those who will have the economic power to guarantee structures and regulatory compliance and the margins of freedom of the individual technician will always be smaller. In other words: what “sells” is promoted, the rest, as it is fashionable to define lately, is not “indispensable” and destined for oblivion.

It will not survive as a spirit, because everything that arises from the relationship, even if conflictual, cannot live in solitude.

We are instead convinced that our little world of Martial Arts can not only survive but can also thrive if the “gym” has the courage to become a “Dojo” and then literally become a “community”. From a place of training to a place of gratuitousness and brotherhood, passing through the place where a way is indicated and shared.

In gratuitousness and in fraternity, economic issues are faced and overcome with a view to building together the conditions of dignified subsistence for everyone and for all initiatives, providing the basis for that little bit of autonomy that allows one to offer the gift of one’s skills to those who want to grasp them, thus keeping alive the fire of passing on a message that crosses times and spaces and spreads despite our limits.

Perhaps they will be communities materially poorer, with initially fewer resources to organize events, participate in internships … But not for this closed communities, indeed already trained to relate to each other thanks to digital technologies. When you are used to an online training that can become the portal to a much wider growth than you might have thought before. And ready to give value to what can be organized and done.

So: this is the right time to understand what the “munus” is, the gift we are bearers and what gifts we may need. To build a community and not a simple, cold immunity.

Disclaimer:Foto by cottonbro from Pexels