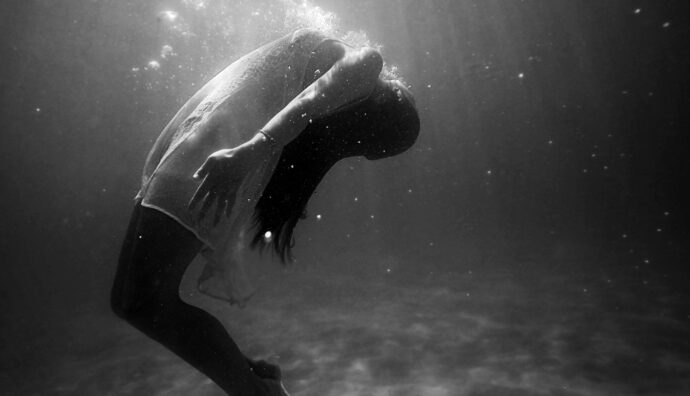 In the following lines we’ll share a reflection which originates from the title of an essay soon to be published, written by Archbishop Charles J. Chaput (*).

The book takes its title from a speech given by the author at Notre Dame University in Indiana, United States, in October 2019, whose content is available here.

“The most fundamental feature of our era is that it weakens bonds, curves us in upon ourselves, and seduces us to live without love. We hear that “love wins” and “hate has no home here”, but so often these words are merely slogans in a culture war filled with more bitterness than honesty. We’re promised celebrity on social media, novel experiences in our products, technologies, and travel, and wealth in professional success. But we’re not really encouraged to love. Authentic love is ordered to truth; the truth about human beings, human nature, and Creation. It’s demanding and self-denying. It anchors us to realities that are deeply human, deeply rewarding, and the deepest sources of joy — but also inconvenient, and easily seen as burdens. It’s a good thing, a vital thing, to consider what we’re willing to die for. What do we love more than life? To even ask that question is an act of rebellion against a loveless age. And to answer it with conviction is to become a revolutionary; the kind of loving revolutionary who will survive and resist — and someday redeem a late modern West that can no longer imagine anything worth dying for, and thus, in the long run, anything worth living for”.

This sentence, taken from the Hagakure, sums up the basically Taoist vision that inspired Japanese ethics and vision of life, in that unique mix of Shinto, Confucianism and Buddhism that generated its spirituality.

The unconditional and unreflective loyalty of the samurai to his lord, the total dedication to a life of progressive detachment from earthly bonds and daily coexistence with death in combat, have engraved the history and soul of a Nation with blood.

The practice of a martial discipline has its roots in this cultural context. It is not uncommon to contemplate, even in the West, situations in which a lot of students faithfully and uncritically follow their teacher. Likewise, when talking to some experienced practitioners, you often learn that there is a level of practice that is only possible if you accept to coexist with “death by your side”.

What this level of practice could be, it is up to the individual to find out. It seems clear, however, that it is relatively easy to dress up as a samurai; it is also relatively easy training every day, mastering the technicalities and doing everything necessary to put on a formally flawless “mask”.

It is a little more uncomfortable to “consider what we are willing to die for.” And to answer the question: “What or who do we love more than life?”.

Elsewhere, on these pages, we hosted the reflection of a Spanish teacher who wrote about this time as a “parenthesis” of life.

In another passage of his conference, Archbishop Chaput, taking up a concept of Zygmunt Bauman, says:

“We in the so-called “developed” nations live in an era of unprecedented wealth. For many of us, the entire globe is open to travel. To a degree unimaginable in earlier generations, many of us can choose our own path in life or even reinvent our identity. We float in a fluid world of limitless choice. This can seem like a blessing, but it often turns out to be a curse. That’s because only a weightless person can float”.

Looking at ourselves in the mirror, whatever our condition could be, we cannot help but feel the sensation of experiencing a situation similar to a storm inside one of those glass souvenirs: you turn the sphere upside down, the liquid makes the shapes move inside, the fake snow falls but then everything is always there, still, unchanged.

The path towards a medical solution to the pandemic will perhaps diminish the chances of death as a result of Covid-19, yet public opinion is divided between fears and uncertainties. Social life seems to be more and more oriented to individualism: which is neither blindly obeying one’s lord like a samurai, nor having the courage to express a clear choice on what are the reasons for accepting to live and therefore to die-and the other way around.

The risk is that our habits become an anesthetic for the questions that really matter. That our clinging to life to the point of hiding mountains of social injustices underlying our well-being under the carpet of our conscience is simply an unreasonable habit. That, facing the question: can you love? we would probably give answers that we would not want to listen to.

What is inside and beyond our practice?

* Charles Joseph Chaput (1946) Franciscan Capuchin, former Archbishop of Denver and Philadelphia. He has been a member of the United States Commission on International Religious Freedom (USCIRF), from 2003 to 2006. Lecturer and essayist, he is the author, among others, of Render Unto Caesar: Serving the Nation by Living Our Catholic Beliefs in Political Life (2009) and Living the Catholic Faith: Rediscovering the Basics (2011), Strangers in a Strange Land: Living the Catholic Faith in a Post-Christian World (2017).

Disclaimer Picture by Life Of Pix from Pexels