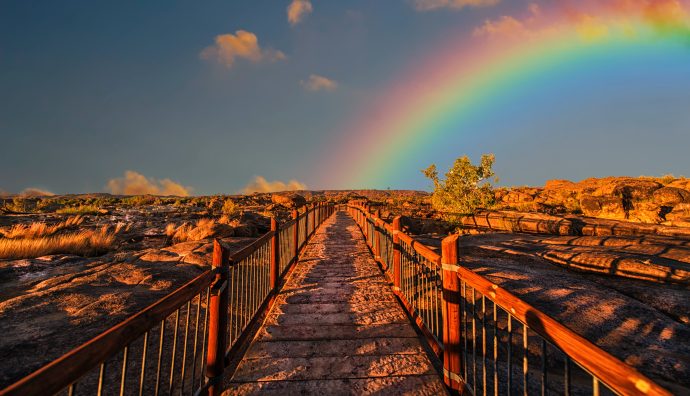 For Martial Arts practitioners, the concept of dō , 道, is pretty familiar. We practice Judo , Aikido , Karatedo , Kendo and so on; generally we refer to Budo, its code of ethics, Bushido; we meet together in a Dojo.

Well, there is a way. A path that has formal, relational, cultural, environmental characteristics.

And, like all ways, it is not us who make them happen yet they are the ones that come to meet us. We are those who decide to follow them.

Maybe the metaphor of the way has some limits. A legitimate objection, for example, could be linked to the fact that new roads are being built. The growth of towns and infrastructure are an example of that.

That’s true. This is how it works, even on a less architectural level. One day someone identifies a new direction or a new style of traveling ancient directions and new paths are created.

What is certain is that we do not live in that wild times that generated the kanji 道, in which experts recognize the figure of a person who, with high efforts, makes his way in the bush (probably with blade cuts).

From a material point of view, although they are bumpy and perhaps without public transport on, our roads are clear and we don’t need a katana to walk on them.

From an immaterial point of view, some reflections become interesting.

Many roads are offered to our choice.

Many of them have a formal structure sufficiently developed to lead from A to B, not without effort, those who walk them. Let’s think about school and all the paths that have certain gradualness within them, including Martial Arts.

Others, although they are 100% roads, do not show their trajectory so clearly. Let’s think about the world of jobs and its uncertainties. But let’s also think about everything that revolves around the sphere of relationships, affections, and one’s own inner personal journey.

Still others -and it is everyone’s experience- lead to paths that taste like broken glasses. A mix of disillusionment, of ambitions, of reciprocal masks, simply lead to a dead end. At best, a worthwhile experience of failure.

The teenager that we were and who still lives in us, struggles to accept this concept: that freedom lies largely in the choice of the path.

That freedom, which we all aspire to experience but which we are not all able to recognize and follow, cannot be experienced without the trajectories marked by others and on which others, walking along it, propose us to invest.

In the cultural period in which, as a psychologist recently pointed out, marketing describes us as lonely subjects, in which everything is “all around you”, from communication to finance, it’s easy to slip back into wild times.

It’s easy to start cutting left and right to find a way. Crushed by the inconsistency of our weight as individuals in society which, precisely because it is individualistic, cancels the single person, we try with our agitation to remind ourselves first of all that “we are worth” something. And often, the perfidious habit of this time to consider every road as meaningful, leads us not to take even one, wasting time and energy thinking about identifying new ones, remaining still.

The rebel teenager inside us rejects the indication of a path because she feels it as a paternalistic interference, so we start believing we could make just new ways.

Here are the times when people talk but don’t listen; we act as an individual but not as society; we are writers but not readers; we are philosophers but not wise, we are bugeisha (warriors) but not budoka (people who use Martial Arts for a path of self improvement), we are religious but non-believer.

We are masters of our own destiny but not free.

Yet freedom, the conquest of which is a lifelong commitment, is ultimately a gift.

The gift of receiving a way to grow, to fall and get hurt on, to trust those who have been there before.

Our environments can give so much, in these strange times, without too much talk. In the ready availability of one being the instrument of the other’s technical growth, there is the seed of wider freedom, of those who recognize their own good in the good of others. No longer individuals defended by walls “built around themselves” yet people capable of walking together.