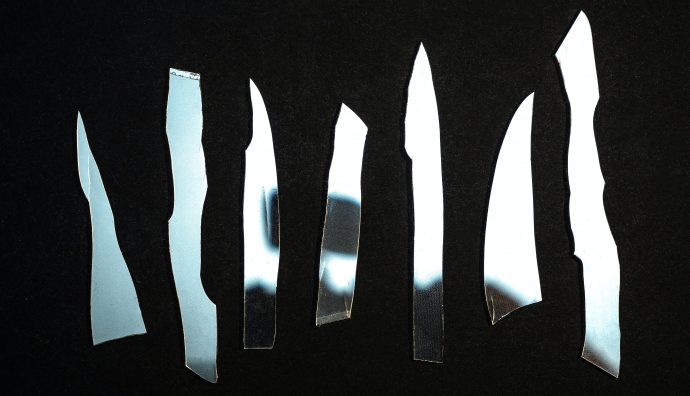 Recently I came across a book by Fr. Manuel Belli, “L’epoca dei riti tristi”, which helped me to better focus some aspects of our life, even including our practice environments.

The title is clearly inspired by “The era of sad passions” , with which Schmit and Benasayag in 2004 had opened Pandora’s box with respect to the widespread malaise at all levels of society. A malaise that in the perspective of psychologists originates (also) from the fact that often in everyday life we ​​do not find what we desire and we end up desiring what we find.

Rituals Studies start from the observation that a large part of our existence, if not all, is permeated with rituals. Spaces and times are marked by gestures, behaviors, words that influence not only our relationships but “contaminate” each other. The habit of relating through a smartphone, for instance: how much and how has changed those rituals – which we could define “habits” of which it is made, that is, a friendship, a romantic relationship, the organization of a trip , sharing a meal, carrying out a job…?

The basic thesis, therefore, is: how is it possible to have a constructive experience of a ritual that we could define as “high added value” if you find yourself immersed in an era full of “sad” passions, that is, of habits and rituals in which the experience of meaning is rarefied, elusive?

It is clear that the Author’s perspective is to ask questions of meaning in reference to a need to re-discuss the communication of the rite in a religious context.

Yet are we sure that it would not be good, very good, to ask the same questions in other contexts too? In all relational areas? Also in practice?

We read all the time that many of our environments have a chronic sustainability problem. Few participants, even less young students (whatever the term “young” means) and “cuckoo children”, who as soon as they become adolescents dissolve like snow in the sun. The problems associated with this period and the not exactly enthusiastic prospects in which we seem to be socially and economically addressed, add even more pressure.

So: what rituals do we communicate? In the Dojo and on communication channels? Why people should be interested in a discipline that in many places and in many channels is described a bit like that place and that space in which to become little toy soldiers in ecstatic contemplation of the sensei? Like that place and that space in which admiring the amazing throws of this or that sensei on YouTube in the conscious certainty of not being able to reach that level of mastery or in the unconscious pursuit of self-attributed models that remain to the superficial experience of twisting wrists and receiving stiff arms on our own throat…

These are open questions, of course. It is natural, exactly as the book suggests, that if you are used to an existence in which it is difficult to find meaning in the daily life; if you find it hard to make your emotional and relational sphere coherent and stable; in short, if there is a great distance between this enormous fragility in which we are immersed as in a molasses and the image of “hard and pure” places of practice, then it is obvious that it is difficult, if not impossible, to have a lot of people on the mat.

Young people – and not so young – are incredibly attracted to that kind of authenticity that knows how to welcome and speak to their -to our- frailties. Fragility that is gradually increasing as a social phenomenon and to which as “adults” we should at least try to provide supportive perspectives.

However, the Martial Arts world, which is a very small part of the rest of the world, is not accustomed to this. It makes the concept of fragility coincide with significant experiences for the world of disability. Or it organizes a lot of women’s initiatives in the self defense sphere. As if, apart from being disabled or a woman, fragility did not exist. This behavior is shortsighted, partial and in a way linked to clichés with a sexist scent.

Thinking of teaching or practicing a martial discipline without taking into account the fact that daily rituals do not impact teaching or practice, is childish. Fortunately, the opposite also exists: it is just as difficult to think of immersing yourself in a dimension of practice without thinking that this does not lead you to some changes in other daily dynamics as well.

We fill our mouths, ears and eyes with sentences, clips, posts. We quote from memory in a mechanical way references to “being gentle”, to “harmony”, to “personal improvement”. But then, how do we inhabit these concepts? How much space do “harmony and gentleness” leave to integrate our and others’ frailties into our “rituals of practice”? Or are we so used to transmitting a communication code that we have received without understanding it that we propose it again like many little elephants in other people’s glassware?
And are we surprised that the classes are empty?
Or is it okay because, ultimately, we have still someone calling us… Sensei?