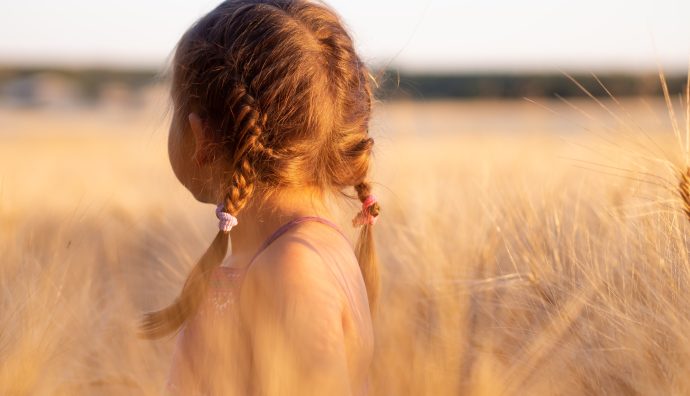 After (a lot) of physical exercises and coordination training playing different games, an ambitious desire arose in the heads of the only adults (the Aikido teachers): “let’s give them the idea that when an attack comes, the first thing to do is get out of the line of attack”.

What a great idea! What competent technicians! What sublime pedagogical experts!

And, as long as the proposed exercise was to imagine a train coming, it wasn’t that hard to see those kids skipping around to avoid the teacher.

Yet when the sublime expert of pedagogy thought to go from the image of the train to saying that “all of us, when an attack to the face comes, we run away”, there life and its reality knocked behind the technician to teach him something.

Second, towards another: nothing. Maybe I wasn’t lucky.

Luckily it’s summer and it was pretty easy to say that our hand was a hissing mosquito that wanted to sting their nose or cheeks.

Then, and only then, the same blow was avoided.

Education is a matter of the heart. But it is also and above all a very delicate matter which requires incremental, not improvised training. Teaching anything to children is something that requires skills and professionalism that are the result of years. Translating our experience gained over many years in the service of youth formation, in parishes, in movements, in university classrooms onto the mat is neither automatic nor simple. It is not a guarantee that it will be effective. It is wonderful but it requires the humility to question oneself, always. Fortunately, there are many teachers and trainers who provide support for those who want to teach and aspire to teach at their best.

The point, however, is that a child simply does not conceive the attack. Why would a person throw a blow on his head? The child, in his evolutionary complexity, is very simple: things that don’t make sense, that don’t have a reason, don’t require the slightest investment.

What do children really need? To learn to attack? To defend themselves?

Certainly children, from a physical point of view, increasingly need spaces and moments to educate those psychomotor and relational skills that once developed while running in the courtyards, playing in the parks with their friends, playing games organized in oratories and sports fields.

Unfortunately, we realize that many children do not receive these stimuli: it is a great pity to see that a child is not able to…run.

It’s even more painful to see them tossed from one activity to another. Our society breaks up the family unit, starting from imposing times and ways of working and consuming that put the needs of the person, especially the youth as well as the elderly, in the last place.

From this humus, the energies -of a child first, of a teenager then- risk not having tools to be cultivated , developed, finalized for their own growth and, consequently, for a contribution constructive in society.

That energy that makes each of us go out of our shells and into each other, that innate charge of “aggression”, degenerates. And it is there where it is important to learn how to use our physical system

Yet the kid is there, telling us that each of us, in his/her original state, thinks an attack situation is completely absurd. So absurd that, to the limit, the kid suffers it without reasonably understanding it.

It is obvious that, especially from pre-adolescence onwards, a correct interpretation of the values ​​of responsibility for the use of one’s own body is necessary even in situations of physical conflict among “friends” (oppression of same age individuals, discredit for the physical form of the weakest member of the group, …). In this sense, a “personal defense” of one’s uniqueness, one’s own ideas and one’s “self” is a necessary training activity.

By teaching Martial Arts we provide order, give rules. Above all, we give presence, attention and affection to those little men and women who, like everyone else, have a huge need.

But for the youngest child, let’s say the one in the five to nine year range, it is a question of turning to the positive, that is to bring to the light of the cleaning of these little hearts everything that the tools of the technical program can give to reinforce a clean and true vision.

We adults would also need that , we who are now so “pure” that we snort if we see a person across the street we don’t want to meet. It would be very useful to be able to mirror ourselves in the instinctive reactions of children.

In all likelihood, we would realize that our training and our reasons setups should be overwhelmingly trashed and re-discussed. Who knows, maybe if we had that courage, that “perfect” form would finally come in return: that perfection that haunts our mind and tickles our ego.