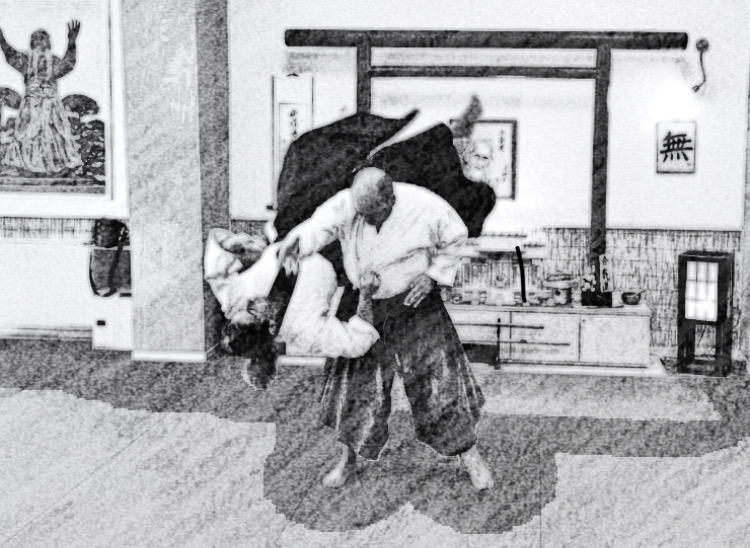 It happens with a certain frequency to come across some girls and women who strike us for their attitudes, ways of expressing themselves in relationships, that we could euphemistically define as “not very feminine”.

As for other situations of life, it sometimes happens even on the tatami to run into situations that are not easy to manage. We would like in these two complementary posts to offer a four-handed written reflection, which investigates this phenomenon from both a man’s and a woman’s perspective. To finally arrive at some conclusions that may be useful to live these moments in a more conscious and responsible way.

What kind of reaction does a tomboy unleash in a man?
In an adolescent phase – which is not that sure it ends with the achievement of the adult age- it may also attract.

As a reaction to the environment in which you grew up and experienced the quiet femininity of mothers, aunts, grandmothers and teachers, you may also be attracted by a person of the opposite sex who talks like a hauler, hits like a mule and plays football with you and your friends in the spare time. At first sight, it can be fun too.

It’s a little less fun to be in the clutches of an individual with these characteristics on the mat.
And, since the tatami is a small segment of the greater stage of life, in general, it is not so pleasant to interact with hydraulic presses disguised as women. In work, in free time, in relationships.

Everyone of us may be a bit a victim of stereotypes. As a man, however, it is not my ultimate ambition to have anything to do with angels descended on earth to show some grace to mankind.

I am pretty aware that in the male mentality that is still too widespread, women are seen by many as a beautiful little object that is pleasing to see, to show, to possess.

However, the beauty of any meeting is to be able to integrate the riches and the diversities of each one, overcoming the mutual limits.

If an average male cleanses himself from his rawness and if an average female avoids using her femininity as a tool for control, interesting things may happen.

If, nevertheless, in front of you- you find the ugly copy of a male stereotype inside a female body, the problems begin.

Aggressiveness, excessive use of force, sometimes scurrility. All stuffed with that kind of prestige that smells so much of exhibitionism, of the need to show herself somehow “more”. Than you, than another person, than the whole universe.

This phenomenon leads to inevitable reactions, because it is transversal. From the tatami to work to everyday life.

The first reaction is to forcefully reject the ugly copy of a stereotype in its stereotype. The instinct of oppression and domination is incredibly solicited.

At the same time, however, as on the tatami this kind of language is mediated by the body, the main reaction is that of the technique applied in a way it  hurts. Just torestore hierarchies.

The diametrically opposed reaction is equally possible. Personally, it is the one that happens to me most often. Not understanding how it is possible to meet a woman with such attitudes, I stand incredulous in the face of so much violence. And this disbelief blocks me, making the “communication” impossible.

When I see a slight chance of being able to talk, I try to give small feedbacks, both in words, and applying the technique in a smooth way yet not ineffective for this.

More often it seems that the only comprehensible language is that of physical force.

Which is a failure for me. Because I am definitely sure of the following  considerations.

First: those who need to step back  in the ostentation of supremacy (and of supremacy of performance) are generally people who find in that way an outlet to their immature insecurity. Exactly like those looking for conflict as a shortcut to express some form of identity.

Second: as belonging to the male gender I can only feel co-responsible for the degeneration of the “female genius” in a caricature.

Allowing women to be conceived as objects, as well as to consent to the misunderstanding between the instrumental use of sexuality and femininity, is a precise masculine responsibility.

An insecure male who “bangs” a woman on the tatami creates a wrong answer. And, over time, it generates monsters. Because the tatami is just a slice of a person’s life and therefore “out there” it is difficult to have different attitudes.

The third and most personal: indifference as an answer is not honest.

Behind my blocking and my not knowing how to be creative in this situation of conflict, there may be so much awareness of the real impossibility of making a difference at that time, but also the most opportunistic way to wash my hands of an individual’s who is in obvious need of support.

In conclusion , from the male point of view, under the tip of an incredibly irritating iceberg, there can be an opportunity to be able to investigate the capability for flexibility and real integration.

From my point of view: the possibility of rediscovering and restoring the correct polarities on which the human being has been set. A creative polarity of life provided that they are honored and respected with sincerity.

An ontological sincerity that takes into account -and I value who I am and who is the person in front of me, deep down, not on a superficial level.