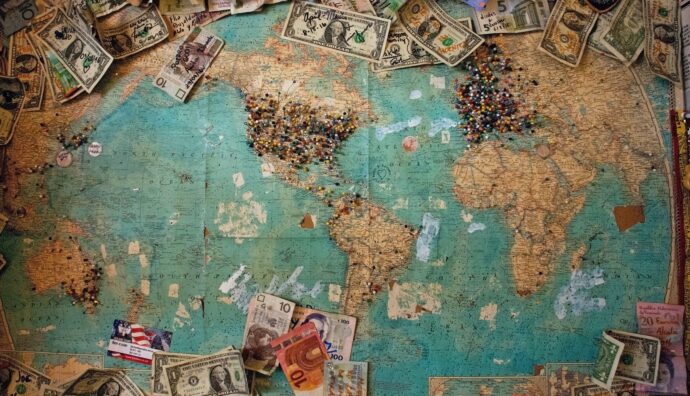 How to get rich thanks to a conflict? If we look at everyday life, that sequence of small personal stories that  make up together the great History that is studied in books, we note that conflict is a constant in human affairs.

Far from being something uprooted even in the so-called civil societies, conflict appears almost everywhere: personal anxieties, relational tensions, family divisions, envy, more or less symbolic walls, and so on. The escalation of such phenomena on a social scale of course leads to social and economic crises and is a fast seeding for conflicts on a military level between peoples and nations.

Frankly speaking, our society is very structured around this evidence. There are many professionals who work thanks to the conflict. Psychologists, psychotherapists, educators, mediators, legal experts: they live daily the subtle dimensions linked to the conflicting relationships of their clients. The same, in some ways, happens to all the medical area operators, who in some way “fight” together with the patient “against” the disease. It happens the same for the operators in the social-assistance sector, who combat marginalization and facilitate integration… The list could be continued and we could discover how any activity that aims at increasing order where disorder reigns, nourishes itself and funds on the conflict.

Beyond the provocation, the question with which this reflection opens, remains. What tools do we have to get richer out of a conflict situation, obviously in non-monetary terms?

We had the pleasure of be part of the annual Riviera Seminar, led by Patrick Cassidy and Miles Kessler in Vevey, Switzerland. One of the sessions was dedicated exactly to the topic of conflict.

A primary finding – which appears trivial only when one thinks about it – is that the conflict is ultimately the intention of two or more energies to occupy the same space at the same time. From here it follows that the primary effort for a successful management of the conflict should be to stress the polarities that emerge.

Apart from the metaphor, the practice of martial arts offers the chance of this experience in protected environment, where the simplification offered by a symbolic representation of a conflict, allows to break it down into its fundamental characteristics and therefore to understand it.

This is true also for all martial arts and not only for Aikido. Any (unlikely) physical aggression outside the dojo will never have the same forms, timing and execution modalities that we train.

The clarity of the attack (keeping the promise of the attack) in the repetitiveness of the exercise facilitates that a polarity shows up which purifies the relationship, because, slowly and constantly, it helps those who perform the technique to be receptive, sensitive, clear and determined, including the attacker who in turn must consistently follow the flow of events.

Martial practice shows tangibly that many times the attacker does not have such clear ideas. And tha those who receive the attack often add their own force. Which, in terms of strength and execution, transforms the conflict into a battle that is the fertile ground for escalation.

In other words, if there is not that list of ingredients, of the two the one: either there is not really a conflict or the source of the problem is to be found elsewhere. Often within himself.

The practice of Aikido offers the chance of experiencing the full spectrum of modes of experience with respect to an attack: contraction, reaction, acceptance, inclusion, action, determination of the movement. In a rather common and well summarized perspective by Philippe Gouttard: an individual attacks because he has exhausted every other way of expressing himself and the receiver  has the possibility of accepting the attack by making the partner move so much that he won’t be abandoned to the solitude of the conflict.

Meeting and accepting the unknown. It’s a very suggestive sentence. Written down, or spoken, it makes us good looking and fancy. Living it is a little more complex. Dealing with and accepting a separation. A lost friendship. A betrayal. A bad diagnosis. A job loss. A dissent. A frustrated expectation…

And yet that is what the exercises that are proposed in our practice aim at developing in each of us. And here comes the second consideration.

To get rich thanks to the conflict, you must accept that it does exists, staying with it until to that point or that moment in which it will naturally evolve. In a form that probably (certainly) we do not know but that, being different from the “before”, will no longer have the characteristics of the conflict.

It is peculiar that in the practice, being faithful and clear in the attack determines, in fact, the fall of the attacker without any effort. The fall is (not only represents) the evolutionary leap of the conflict, made possible by the living presence of the two individuals.

Forcing evolution is impossible. If, during an attack, we wanted to end the action in an unnatural way, adding strength, we would end up betraying the polarity, rather reversing it. Becoming attackers. Losing the richness of the moment.

It is something that happens and, somehow, it is “ok”. The important thing is to be aware, as always, of the difference between “jutsu”, the execution of an art through the technique for the physical and rapid resolution of an attack, and “budo”, which, with the same language, points to a knowledge beyond throwing a guy to the ground (which happens anyway, with equal effectiveness and less effort).

The last consideration therefore is: if it is so easy to change polarity under attack, then the true richness that comes from the conflict is to recognize a progressive “non-duality”.
Some time ago a psychotherapist told of a patient of his who kept repeating to him “Why does it happen to me?”, telling him about her experience.

“Why shouldn’t it happen? Are you different from the others? Do you have antennas and are you an alien?”

Likewise, recognizing that we are all connected to the same source, we can admit that we all work the same way more or less.

That we are not used to clarity. That we prefer to see what we want to see. That we offer of ourselves what others would like to see and not what we are. That we have unexpressed talents. That we are bearers of a beauty and a truth greater than our mistakes. That we are rich in infinite wealth.

How can all this emerge? Humble exercises of connection and generation of movement. Practicing. Listening.