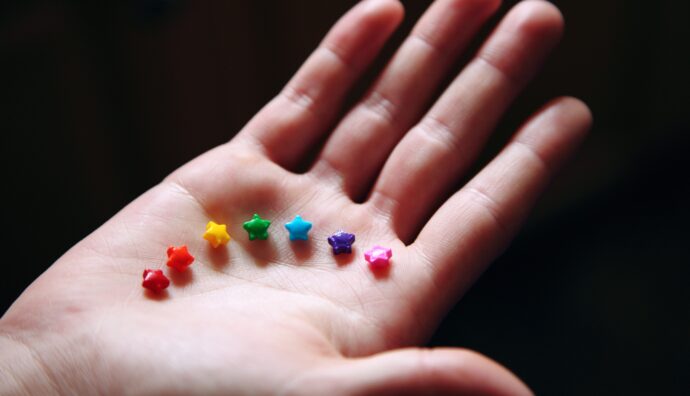 Recently an online petition has sparked a long series of controversies within the United States Aikido Federation.

A group of women, all aikidoka, sent a formal request to the US federation to address, discuss and resolve some controversial points related to the world of gender-related issues.

These five requests (a task force on gender equality, representation in structures, events and federal activities of a number of women proportional to the population, removal of barriers for the advancement of “career” at all levels of practice, the inclusion of women in the Technical Commission, transparency with the publication of gender-related statistics) had an official statement from the USAF and a broad echo on social networks, not only in the American world.

Since for job reasons I have actively participated in some European projects on the broad topic of gender equality, I believe it is important to make some reflections that may be useful as much for those who practice a martial discipline (not only Aikido) as in general for a broader contextualization.

Historically, this perspective has produced over time different levels of pronouncements at the European level, including the most famous directive, 2006/54/EC, on equal opportunities in the field of employment. The European directives are actually the source of law-making for member states, which must decline the directives’ principles of their legal framework.

It is obvious (but not so clear to many) that gender equality has much wider implications than the economic-occupational aspect, which is an important yet not the only issue. And it is equally obvious (but even less clear to many) that a society that doesn’t address and resolves in an organic way the issues relating to the inequalities of treatment of women in society, cannot reasonably nor credibly be able to propose any kind of stable policy on inequalities for minorities and gender identity.

Returning to the rustling world of feet on the tatami… How is the issue handled in Italy?

At institutional level, the CONI (Italian branch of IOC) has an Equal Opportunities Committee, aimed mainly at guaranteeing equity and equal dignity at a professional level and, generally speaking, at promoting investigations and research aimed at identifying the real needs within Coni Servizi SpA and of the National Sports Federations on the theme of Equal Opportunities and aimed at formulating concrete proposals aimed at removing any obstacles that could interfere with access to training opportunities, professional updating, work schedule and organization, career progression, assignment of particular tasks and / or positions of responsibility, assignment to the structures.

A reference to the rules of democracy and the principles of equal opportunity is also contained in the Federal Statute of the FIJLKAM, which is a direct stem of CONI.

But in more detail, what is the situation in Italy?

Let’s start by remembering that according to government, in 2017 the share of female athletes reached its all-time high with 28.2% against 71.8% of male athletes, out of 4.7 million total members. In this context, which represents a numerical inequality, innumerable cases of substantial inequalities are grafted (just think of soccer in which the athletes of pro league are not yet recognized the possibility of being framed by professional contracts as happens in the male sector).

It is therefore clear why the Declaration of Women’s Rights in Sport is still valid, as it has been promoted in 1985 by the UISP, which raised the issue of the correct representation of female presence in sport to the point of becoming the pillar of the European Resolution (1987) on “Women and Sport”, which was later merged into a broader resolution in 2003.

And on our tatami?

The 2015 survey, Aikicensimento, highlighted the widespread lack of female presence in the courses. On average, based on available data, women represent 13% of the population of practitioners.

It is possible and necessary to make the effort to look beyond the data and trace a trajectory beyond the (many beautiful) words and solemn commitments at the institutional level, in the belief that equality is something more serious and deeper than cold percentage-based equality.

It is a fact that our environments make it very difficult to create a proposal that fully exploits both male and female polarities, respecting each other’s differences.

In these years when we have visited many realities around Italy, we experienced a plethora of situations. “Men” who, stating their belief that Aikido was not suitable for women, delivered their pathology on the wrist of the unfortunate woman who was their practice partner. Women forced to assume masculine ways and attitudes, distorting themselves, to put themselves at the same level as their fellow practitioners.

Men amazed that their classes, based on an excessive use of hypercompetitive athletic preparation and strength are not attended by women. Women who consent to feed the ego of their senpai or sensei by getting the worst techniques done on them. Men capable of being resolute but also welcoming. Women capable of being feminine without disdaining crystal clear clarity and martiality. Men who manipulate the principles of the discipline to trample and sully the hearts of their mates or, worse, of their students. Women so accustomed to certain behavioral languages ​​of an unstable society that use their femininity to manipulate their companions or, worse, their instructors.

The harmony and non-duality at which the martial practice (and Aikido in particular) aim, necessarily live on the enhancement of identities and differences.

The fusion cannot be forced, harmony cannot be forced. This does not mean that it is not right to work for ever greater recognition of equal opportunities, indeed. Every kind of tool of reflection and action is welcome to facilitate everyone’s access to environments where there is a real need for fresh air that sweeps away the smell of testosterone.

Harmony can only be created by building, preserving and enriching the relationship. An online petition, a European resolution, a law, a statute, a percentage … All of this alone or together cannot lead to one more step in the way of enhancing the feminine genius and the human being if one does not work every day to get out of yourself and go to the other person.

The daily discovery of sincere sensibility in masculinity and of clean determination in femininity can lead to having some more female presence on the mat and, perhaps, a world of more equitable and more valued relationships in society.