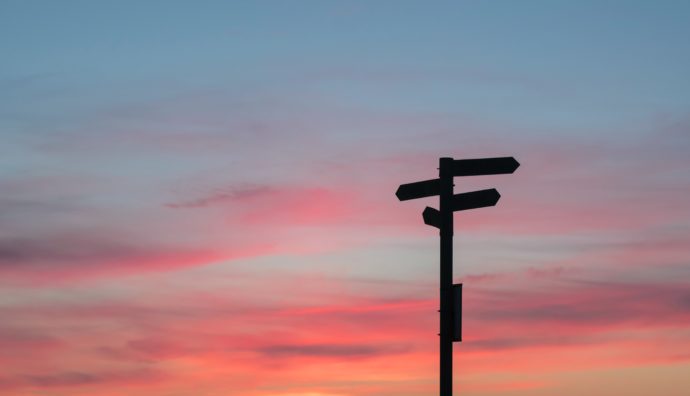 Every conflict brings with it the seed of change.

What we are experiencing on a global scale has all the characteristics of a conflict, even if we don’t see armies. We went to clash with (cum-fligere) something which, despite being microscopic, impacts on the existence of our society.

Diane Francis, former chair of IFOR, accredited by the UN as one of the greatest experts in conflict dynamics, defined the conflict as something attributable to the friction caused by the difference, proximity and movement.

And it is singular that the countermeasures that are socially adopted to face the ongoing pandemic address limiting the movement to reduce proximity and consequently are intended to avoid the difference (between infected and healthy ones).

Those who practice Martial Arts are – or should be – explorers of conflict. The repetition of technical gestures based on the study of differences, strength, distance and the movement generated should lead us to interpret what we are experiencing collectively with a degree of greater realism and serenity than the understandable anxieties with which we are constantly informed about the situation.

Above all, we should remember that, just as in conflict simulations that are the daily fuel of tatami practice, conflict is simply unavoidable.

There is none of us who would not want a different situation and a different world for ourselves and for everyone else. Yet, our desire alone does not eliminate the reality we have to deal with.

The news begins to report episodes of personal resignation. The study of History warns us that such episodes, like many redemption stories, will increase over time. We do not judge the desperation of the individual and the objective difficulty of everyone: here we are interested in noting how it is quite evident that often the attitude of many in the face of conflict is a kind of submissive passivity.

Will rising up after every fall on the tatami do any good? Or was it just a pleasant hobby? Or a way not to think about life outside the tatami, to create another social mask?

Conflict can also be seen as the most powerful catalyst for change. Starting from how we spend the time of these months of restrictions, ending up better identifying our why and implementing those strategies, perhaps minimal, perhaps for the other people laughable, but which allow, in aggregate, to co-create a society truly capable of evolving.

Exactly, evolving, not just surviving. History books, together with a little understanding of the human soul, are there to tell us that the existence of the human being from the beginning is underpinned by conflicts. We would be fools if we deny the material and cultural differences between the various eras of history. We would also be unwary if we did not see that basically, together with such greatness, mankind has always remained very faithful to its vices and cruelties.

Conflict can be seen as the greatest alibi for not changing at all.

What world will it be? In Martial Arts we try to amplify our ability to stay focused on the here and now and to reduce the characteristic of our brain, which is to wander between past and future for half of our time.

So in some ways we should change the question and constantly ask ourselves: what world is it? How am I experiencing it?

Nonetheless, it is obvious that everyone asks ourselves the question. The major limitations (material, of movement) will give new meaning to the actual ingredients of the conflict: to differences, to proximity, to movement. Knowing how to recognize and govern these elements will make the difference between passivity and proactivity. Between passively receiving and acting change.

Probably our world, the world of Martial Arts, will be called upon to find languages ​​of practice and finalization that take into account the profound emotional and cultural transformations that this pandemic will bring to the concept of relationality and distance between bodies.

What will Aikido be? Sprouts are already many. There are groups that have organized themselves to extend, digitally, the sense of community that had been worked on for years before and that, is cementing the bonds and keeping the fire alive waiting to understand when and how it will be possible to start again doing something together. Small flames that will burn and give heat even if, probably, the limitations will lead to revive the pioneer times: practices in parks and garage to cut costs…

There are other groups, which in an attempt to build cohesion that has not been structured before, are collapsing.

There are many people who, forced to stop, have understood that the Aikido-tool and/or the Dojo environment is not congenial to them and they have finally had the opportunity to tell themselves the truth.

There are people who, at the national organization level, are taking advantage of this break to work on better defining a project of growth for everyone. It is happening in Italy and everywhere.

So here too the right question is: what Aikido is, now?
We are sure that the answer to this question is: it is a catalyst for change. Maybe small, maybe partial, but incredibly active.

A tool that may help to work seriously with serenity on what really matters in our lives: our questions, our desires, the sense of our living. Through inspiring and skilled guides.

A tool that may help us to take into account in a light mode and with the right degree of detachment issue that are not that relevant. A tool that may align, not foster unavoidable differences.

A tool which may put a mark in the huge change it’s happening, providing to shape men and women capable of peace, action, smiling, hearth, imagination, brotherhood…Although some technique won’t succeed, even if the keikogi will bi a bit more dirt than before…

So we wish for everyone of you of a peaceful and Holy Easter, a sign, for those who believe, of the most radical change that there can be and for those who do not believe, a feast that celebrates the triumph of Spring which advances and spreads life, despite everything and everyone. Happy change to everybody!