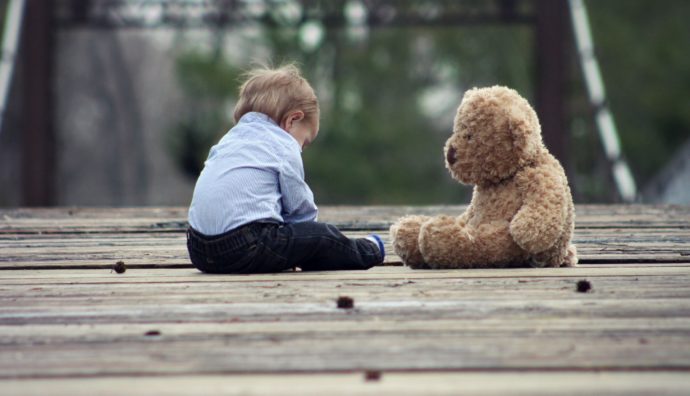 Very often, in marketing, the audience is treated as if people were a child.
The quote of an entrepreneur who became a tycoon s by broadcasting programs and collecting advertising on his television networks is very famous:
“The client, the audience, is an eleven-year-old boy, not even that smart”.
We could discuss about the unscrupulousness of these approaches, the sense of the limit between ethics and business, on considering a child in derogatory or reductive terms if compared to an adult.
It is a fact that this approach is majority. For FCA’s former CMO, the client was like a child of eight to ten. For one of the brightest minds in US marketing, five.
Taking a look at the discussions that are generated both on social networks and on TV or in the physical environments, one could suspect that these statements are not so unreal.
Surrounded by a communication with deliberately increasingly skimpy and banal contents, content and attitude tend to overlap and often result in forms of quarrel (real or virtual) that collide with the image that one should have of an adult.
Those who deal with children know how much they develop (also) through the contrast with adults and their world of rules.
However, when the response in front of the adult is constantly predominantly angry and oppositive, we speak of ODD – Oppositional Defiant Disorder. “Disorder” because it does not allow the child to adapt and harmonize in the areas in which he lives: home, school, relationships.
The signs of a ODD have been studied in Psychology and are episodes in which the child:
– often gets angry;
– often quarrels with adults;
– often actively defies or refuses to comply with adult requests or rules;
– often deliberately irritates people;
– often blames others for their mistakes or bad behavior;
– is often sensitive or easily irritated by others;
– is often angry and resentful;
– he is often spiteful and vengeful.
Psychology identifies among the potentially determining factors in the development of this disorder events in the child’s life in which:
– is abused or neglected.
– receives particularly severe or inconsistent discipline.
– lacks of supervision.
– has parents with a history of attention deficit or hyperactivity disorder, oppositional defiant disorder, or behavior problems.
– lives in a condition of family instability.
– experiences stressful changes that undermine her sense of coherence.
What would happen if we replaced the word “child” with “adult”? With “we”?
How much our instability, how much the stressful changes, exacerbated by what we are living and experienced as abuses, how much the riotous escape from following some form of guidance lead us to be wet chicken who go against everything and everyone just to affirm ourselves?
It would be easy to trivialize this words by bringing them on the track of the “mask yes, mask no; vaccine yes, vaccine no”.
Accustomed to working – even on the mat – to try to bring to light the immersed part of our iceberg, we rather ask ourselves if everything we are experiencing could be a useful stimulus to understand something more about us.
For example, we could understand that the almost obsessive attachment to rules – or to what we like to call individual freedom – could simply hide a lot of gaps in our experience and, ultimately, a lot of fear. Whatever the content of what we publicly express could actually be.
Because it is easier to deny than to know.
To oppose and not to understand.
Unloading the blame for one’s discomfort on others.
To hide behind a “pros” our being capable only of “cons”.
Barking at the Moon of external authority and not being capable of freedom, that freedom that under any sky can find a piece of pure sky in which to reside.
Getting irritated and being angry than giving content to one’s identity.
Being treated as a child is a high goal: the child understands what is strictly necessary to be understood, he feels with his heart. Marketing has managed to pollute this mechanism which, however, is not so complex to restore. All you need is a lot of truth and the desire to get involved.
For example (also) by entering a dojo.
Disclaimer: photo by Pixabay from Pexels
Post Views: 668