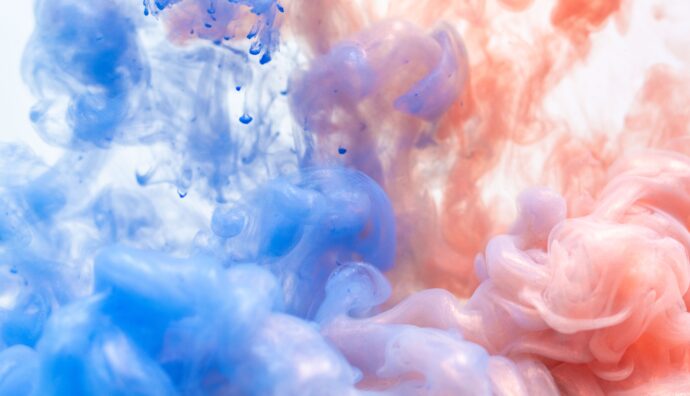 One of the points of contact and comparison between Western and Eastern thought is offered by investigating founding elements of nature.

In our area, since ancient times, air, water, earth and fire have been considered the elements whose combinations build up what exists in nature. Over time, the systematized study of nature (Physics) and its components (Chemistry), has identified the solid (earth), liquid (water), gaseous (air) states as conditions of the elements in nature. The fourth state is identified as plasma (fire) or energy.

The philosophical and gnoseological reflection on nature has led, since ancient times, to conceive a “quintessence”, a fifth kind of glue among these elements: the ether.

In China, at the same time as Plato spoke of these topics, the doctrine of the five elements was taking shape: water, wood, fire, metal and earth.

We immediately notice that five elements immediately appear in China, the air disappears and wood and metal appear.

The interpretative scheme of reality, in Eastern culture, originates from reflections on the energetic and cyclical nature of the world. From a first phase of energetic stillness (water), the phase of wood develops, which is a condition of awakening that leads to a higher and prolonged energy state (fire) until it flows into a condensed energy state: metal . The earth element is, in this perspective, conceptually similar to the quintessence in ancient Western thought: a transversal element.

We are aware that thousands of years of culture that have slowly developed and spread in the conception of reality and the existence of human beings throughout the planet cannot be reduced to a few lines. We can certainly say that, so far, traditional oriental medicine (especially Chinese medicine), like other practices, such as Shiatsu, are based on this interpretative model of nature, therefore they deserve the respect due to a human phenomenon which is wide – in time and space – and very articulated.

We are also aware of the fact that, even in the field of Martial Arts study, geometric symbolism, together with that linked to the elements, has been -and still is- broadly investigated, with different depths and results.

The risk –we must say it clearly- is that martial practice will not be enriched; rather will get foggy. To the detriment of the balance of both the teacher and the practitioner.

Often the number of words increases, including obscure ones, while the practice time decreases. Even more often, we address topics and cultures which a legitimate and necessary principle of curiosity should be counterbalanced by a proper sense of responsibility and competence. Those born in certain latitudes, whether we like it or not, are born equipped with a mental set that must be recognized and known well before being able to compare and explore other worlds. The study of Western philosophical (and – why not? – historical and religious) thought is a prerequisite for not getting lost in the Eastern depths. And viceversa.

In the practice of Aikido, triangle, square and circle on one side and five elements on the other, offer complex and not immediate perspectives on the practice. Also and above all because the Western brain is configured on the “four elements” mode and it will end up acting like those children who try to get the parallelepiped-shaped toy into the triangle-shaped hole…

So, for instance, the levels of practice can be divided and, along with them, the techniques can be clustered within the “Western” elements:

The earth, with its grounding stillness, represents the solid and founding phase of the practice (kotai) in which to carry out a mainly stable practice (kihon). In this perspective, all the immobilization techniques (katame waza) are included;

Water, on the other hand, represents the transition to a gradually more fluid and harmonious level of practice (from kihon to ki no nagare). This level, more smooth and adaptable (jutai) is the level in which the katame waza begins to open itself to the variants, understanding them in their applicative dimension (henka waza);

The air establishes the completion of a path of mastery of the techniques in ki no nagare. The level of harmonization achieved with the partner’s ki therefore establishes a degree of practice known as ryutai and allows the unforced execution of kaeshi waza and concatenation (kanren);

Fire is therefore seen as a symbol of the last level of practice, the one in which everything happens at the level of ki. Kitai is the level of spontaneity, of perfect understanding, of the real tying of reciprocal intentions (musubi) regardless of physical contact.

This practice interpretation model certainly fascinates Western people. It also offers more than a question mark. Are projection techniques to be considered a foundation – and therefore are they part of the kotai – or are they to be considered the expression of a more fluid technique and therefore are the prerogative of wider levels? Moreover: is the practice of kitai forbidden to those who have not reached a high level of mastery? Or since it concerns subtle dimensions, is it something that can also be experienced by those who have been on the tatami for a month? Under what conditions and taking what risks?

Another model of interpretation, is provided for instance by the following picture, which is a result of our elaboration based on a wider scheme reported ideated by Masatomi Ikeda. It takes up the scheme of the Chinese elements an applies it to specific techniques:

What to say? At first glance, according to the Chinese culture, the opposite of water should be fire. Here we find the air (which is the “western” element). Wood and metal disappear to give way to earth and fire …

It is a proposal that makes sense; it is evocative, it has its charm.

So, let’s try to make an effort of imagination and try to move the camera to another point of view…

The earth with water can become a pool of mud.

The earth with the air can turn into a whirlwind of dust.

The earth with fire can become a more or less dense magma.

The air with the fire becomes a swarm of sparks and a wildfire.

The characteristic of mud will be that kind of practice that is somewhat stable (earth) but not too much and that wants to invest in fluidity (water) but without an aware use of energy. And in fact the ki no nagare of those who are not sure in kihon has the same quality as those who grew up in ki no nagare without studying kihon. However, mud can be used to allow some seeds to germinate.

The characteristic of dust will be that practice that mixes a bit of bases (earth) with many heights (air). The dust covers everything but is immediately dispersed. Dust makes sight and breathing difficult. It is in the whirlwind of the wind, however, that pollen, seeds and whatever moves life around the world travel.

The characteristic of magma will be the union between a bit of grounding (earth) on which a dose of self-esteem is relying that makes you think you are authorized to think you have mastered ki and spirit (fire). The magma is indistinct, it has no forms except when the fire is exhausted and leaves room for the rock, which in the meantime has destroyed all forms of life. However, in the fertile ash that remains, more life can develop.

The characteristic of steam will be that kind of practice that tries exasperately to balance opposites (water and fire), with the risk of extinguishing one or definitively nullifying the other. But steam also has the privilege of purifying what it passes through while permeating it, leaving a trace. If it becomes too much, it is a fog that envelops everything and stops everything.

Similarly, the characteristic of rain will be the instability derived from shallow depths in the peaks of the spirit (air) and from calm (water) not perfectly mastered. Rain can be destructive but without rain the world would be dead.

Finally, when the wind blows wildly in favor of an uncontrolled fire, the wildfire flares up and sets off other fires with its sparks. Transmitting passion is good, provided that the intention is clean, otherwise it is called manipulation (and, from the point of view of technique, violence).

If we take Ikeda Sensei’s scheme as a reference and therefore want to find a technical equivalent to these new elements, what would happen?

For instance, what would the fire be, as a result of a hybridization between irimi nage and shi ho nage? Probably a nage waza very similar to a wrestling technique, one of those nice trucks in the shape of an outstretched arm that occasionally point to uke’s throat … The escalation of aggression certainly flares up when you receive a gift of this kind.

What about magma? Midway between a kote gaeshi and a shi ho nage usually arises a dislocation of the wrist, a definitive epicondylitis in the elbow and, for the lucky ones, a rotator cuff injury. Destructive? Traumatologically yes. Fertile? If you understand your own immaturity, yes. Martial? No.

In short, when the execution of the techniques, in practice, gives rise to hybrid conditions, we are alchemically working on by-products of the founding elements of the practice.

Which can be useful elements for our as well as others’ growth as long as they are transitory and not definitive.

The alternative is the pseudo guru who lives and makes us live in the fog; a practice lived in constant uncertainty; an underlying instability, even emotional, which suddenly makes all false certainties fall; preferring a sprinkling of appearance over substance; demolishig fellow practitioners for our inability to manage our resources, burning down everything we touch to ashes.