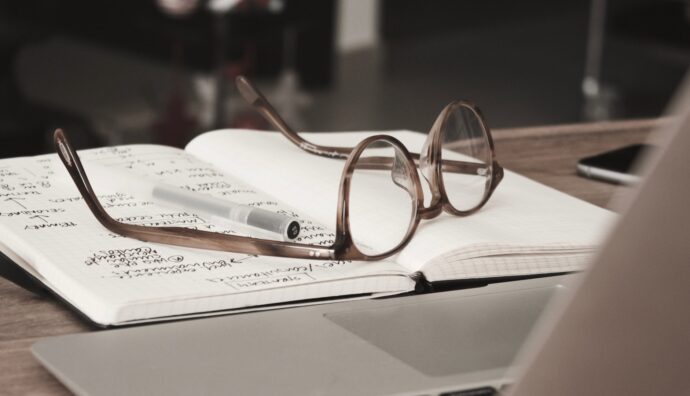 In 2019, Michael Kimmel and Christian Rogler, researchers at the University of Wien, published a paper with a challenging title: “The anatomy of antagonistic coregulation: Emergent coordination, path dependency, and the interplay of biomechanic parameters in Aikido”

It is a very accurate research, which has its roots in Cognitive Sciences as well as Social and Cultural Anthropology and has the merit of trying to analyze and break down the characteristics of the relationship in the couple of practitioners during a keiko session.

This is a study that involved two Dojos, one in Wien, the other in Munich, based on continuous observations reported on actual practice diaries covering periods of years.

For those interested in reading this paper, by clicking on this link it is possible to download the original.

The basic assumption is that, from the perspective of the researchers, the path that has led to the present moment determines the possible future outcomes of an action. This consideration originates from the observation of so-called “dynamics of emerging interactions” within various areas in which human beings relate to others in space and time.

Classic examples are actions in team sports like soccer or the typical choreographic figures of dance.

From this perspective, Kimmler and Rogler, as reported in the papers’abstract, focused on the micro-dynamics of the coordination of the individual in the couple and of the couple itself. They have theorized a structural and functional model of the relationship between the attacker and the one who receives the technique. On this basis, causality based on interaction has been extensively analyzed, i.e. focusing on the quality of the coordination schemes that are generated starting from what has happened up to that moment, taking into account other factors such as personal attitudes, modality and level of practice, the skillfulness of practitioners.

The first merit of this research was a real breakdown of the nage-uke relationship, schematized in four phases (entry, execution, guiding the attacker to ground and fixation (or throwing). The transitions that connect these phases lead both the components of the couple towards a gradual reduction of freedom of action / expression, even if the transitions can be numerous and virtually unlimited.

A second merit of the researchers was to focus on the transition management. Reviewing the recorded material in slow motion, the authors highlighted that the quality of the relationship and execution are closely related to minimal biomechanical variations. The pivot points of a codified technique amplify both security and insecurity, determining subsequent phases in which the search for “control” of the situation (broadly: of the coercion of the moment) determines subsequent choices (the orderly flow of the technique; thus stepping back in the better known routine; a sudden improvisation).

In fact, the research places a lot of emphasis on these nodes, which are not uniformly distributed in the time and space of the couple’s practice.

This space-time discontinuity translates into a discontinuous psychoemotional pressure: there are phases of the practice in which there is no need to make decisions, others in which the entire system is under stress.

The third merit of the work we are talking about today is having identified, analytically, all those aspects that exist between one node and the other that can be known and experienced within the practice to open an ever more dense tree of possibilities.

This does not mean “infinite” but numerous enough to be in fact always potentially “new”.

These aspects are defined as moments of preparation (or concession) in some way “hidden”, such as the ability to blend with the momentum and lead the partner into an area full of induced perceptual errors.

These subtle characteristics of martial strategy (for example: the way one opens one’s guard, offers a space for a grip) dramatically increase the choice of relationship management.

With the same skills, the increase in perceptual degrees of freedom by those who undergo the technique – a subject never purely passive – determines a continuous flow of information in the couple that determines the degree, quality and dynamics with which the technique is carried out.

Where the mandate is less formal and more inspired by freedom of expression, this granularity would seem to originate jiyu waza in its most fluid form.

The fourth element of absolute value of the research consists in having analyzed expert practitioners, formulating the concept of “decision making in action”.

The uninterrupted observation of the behavior and dynamics of the interaction of an Aikidoka expert in a couple’s work has identified a strong ability to balance spatial, temporal and relational parameters at all times.

As for the spatial parameters, the trajectories of the expert practitioner are much clearer and more defined and guaranteed by a physical symmetry given by a full and conscious management of one’s central axis and consequent groundless.

This management necessarily leads to the temporal relationship, with the management of direct entrances or circular absorptions (irimi / tenkan) aimed at being able to channel time into the relationship to one’s advantage, as well as the frontality with respect to the space behind it.

In its implications, this study therefore demonstrates that the uniqueness of Aikido, even in the world of Martial Arts, lies in finding its full fulfillment through a full biomechanical synergy, a full collaboration between uke and nage, an essential element that inevitably leads the attacker into an area where the original aggression is controlled.

The novel affirmation of Kimmel and Rogler is that from this point of view the resolution of a conflict through a decisive event (we could define: through a victory imposed on our mate), can be safe but “not natural”, because in the nature of relationships human beings all determine some level of synergy. The “victory” determines in fact a stalemate and a failure of a synergy.

The first concerns the need for a technical awareness required for a better supervision of those biomechanical parameters that allow to activate paths of genuine exploration along practice.

The second concerns the need to develop a full kinesthetic interconnection that allows to fully incorporate the other person into our own cognitive and psychophysical system.

The third is the overcoming of the “zero-sum game” paradigm, because the co-creation of exchange during practice moves from the concept of confrontation to a concept of cooperation.

The fourth is that, during a couple practice it would seem to create a strong bond regardless of whether the attitude of the individual is competitive or collaborative in the exercise. With the consequence that interaction is the catalyst of the coercion path and not the intention itself.

The fifth and final is the shift of attention from the concept of victory (asymmetrical resolution of the conflict) to the concept of success (consequence of the joint construction of a relationship).

Personally we are very grateful to these researchers for the enormous work they have done and which opens up perspectives of awareness on martial discipline in general and on Aikido in particular that we consider useful to share.

Despite being a research that has taken a long time (both to be written and to be understood, at least by us), we believe that its complexity can inspire physical practice even before the mind. Condensing observations from years of practice from two communities is a gigantic job, a camera that offers a third perspective and can therefore talk about all of us.