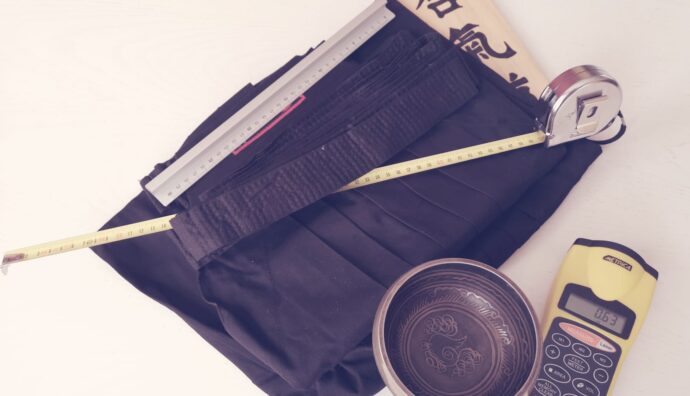 I recently read some scientific articles on the vast topic of intolerance on social networks. The European Union is pursuing a fast track to include on-line hate speech in the list of community’s crimes. The world of research (from digital criminology to psychology, up to information technologies) is widely involved in the debate and in identifying methods of prevention and contrast to improper use – which is not always easy to monitor – of on-line platforms, starting from social networks.

In one of such articles, the authors have long monitored content and comments on the pages of martial arts fans, coming up at a disarming conclusion: popular topics cause a large number of intolerant comments. Moderation can prevent more offensive comments from appearing, however one third of the total number of comments, even on moderated pages, are considered “intolerant”.

It’s not that important stressing that the research focused on online groups of MMA enthusiasts. Anyone who has a little familiarity with social networks or forums which allow comments, may have an accurate idea of ​​how much anger there is; how easily the discussion moves away from the original content; how often people take it personally. Whether we talk about cooking, tutorials on how to tie sailor’s knots or Martial Arts, it doesn’t matter.

So, thinking and looking at our little world of Aikido – which represents a a small tile of the bigger mosaic of Martial Arts, it doesn’t seem that the situation is much different. Let’s be honest: given the official lack of some form of competition, we are witnessing a sublimation of competitiveness that sometimes takes on grotesque forms both at the Dojo and online.

Of course: competitiveness is an unavoidable valve of our system. It helps to deal with aggression, which is another element that we carry with us from birth, and can channel it towards something constructive. The concept of kaizen, the Japanese equivalent of that continuous improvement so well condensed by the philosopher Fichte, “man exists to improve himself more and more from the moral point of view and to make everything around him better”, is what a martial discipline aims at.

Aikido – better, the Aikido practitioner – loves to go on repeating and saying to him/herself that “the greatest victory is that over oneself”.
Aikido builds, through the physical exchange within a couple, relational skills in which “non-verbal communication” is enhanced. Indeed, it is sublimated in trying more or less desperately to activate the mode 以 心 伝 心 “i shin den shin”, that kind of “heart to heart” relationship between teacher and student, which walks on the subtle border between wholeness, manipulation and suggestion. A border that, according to all the students and most of the teachers, is never crossed, remaining all firmly in the irenic world of a purified, perfect, bulletproof relationship.

Then it happens that you look through the window of social networks and you notice that from “non-verbal”, the communication often shift to very verbal. Sometimes verbose.

You may also notice that in the languishing of a slow convergence towards a recovery of activities, we come to terms with a reality that in giving some the courage not to remain helpless and still in the face of all this absurdity that has flooded us, has also given back to others dismembered groups , disillusioned practitioners and instructor in search of identity.

It also happens that in this period of starvation from denied tatami the relevant traffic peaks that our world of digital Aikidoka is often able to produce are generated by openly critical contents (toward this school, toward this group, toward that teacher).
And so on. X publishes a tutorial? He is a fool without a pedigree. The Y group has organized an on-line seminar? Come on…Aikido is sweating on the mat not chatting on Zoom. Z understood that by gossiping about our movement he gets everyone to talk about him all the time… So everyone starts blaming Z on-line, without understanding that by doing so you feed a troll.

Sometimes I have the feeling that the human being in general, the martial artist in particular and especially the Aikido practitioner, suffers a bit of “envy of harmony”. Of course it could seem just a pun about the title of a John Stevens’ book, “The way of harmony” yet I believe that it could be useful, as practitioners and as men and women living in a complex society, to dwell on the concept of “envy”.

In their wisdom, our ancestors invented this word giving envy the strong semantics of “not seeing”, of “looking wrong”. This kind of…”staring wrong” is rather a habit that derives from an uneducated attitude – even rude – continually suspicious of the other person; of continuous need for comparison; of continuous research from the outside for self-assigned roles inside us; a reassurance that, after all, we are right and others are wrong.
If you try to look straight, you may even be able to identify what is wrong with what you see. And you avoid ignoring the good and the beautiful that this practice points at and asks us to cultivate for ourselves and for others in a dynamic of relationships of real communities. By choosing envy, by choosing to “look and not see”, one actively contributes to a toxic degradation at all levels and to an amplification of loneliness, both in real practice and in the online comparison.

Even worse, we behave as if we want to deny ourselves to achieve that good, while preventing it from others.
It is clear that our ego is there, hungry and deprived of his habits, at least of those it was fed up a year ago. And it roars if it measures its own dissatisfaction with the groundness of others, or at least with the attempt to build it, sometimes artfully amplified by the web.

If the web is enough to reset our ability to enter into a relationship with the otherness represented by a post, let’s ask ourselves a few questions regarding the path taken so far and, with a lot of humility, let’s step back to the daily work on us, something that no law, no virus can slow down, block or prevent.