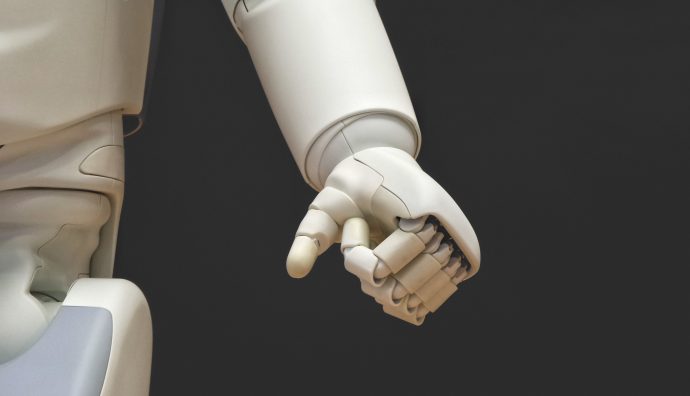 If the partner gets stuck, everyone usually insists on pushing and pressing on the point of contact. Instead, I relax the point and change direction. At that point, if my mate is a living human, he will start moving

However, there are also many humans who are not alive.

Two years ago, just before everything stopped, we were in Rome at the seminar of Seishiro Endo, who was trying to share his perspectives using more or less such words.

Today it looks like the engine started up again. The impact of what we have -and have not- lived reverberates on a physical, emotional, relational, technical level. It couldn’t be otherwise.

Many people tried over years to give definitions of what the disciplines we practice are and are not. Some are very evocative: Aikido, the Zen in motion …

If we were to stop at the physical domain alone, it wouldn’t be wrong to say that Aikido is a daily fight against stiffness.

Seeing me, seeing us from the outside, you recognize that perfectly. As beginners we all start with very nervous movements, we proceed like statues. The so-called “intelligence of the body” must regain possession of the naturalness of the movements for which we were created.

Gradually, even through one of the greatest masters, the self-inflicted pain from wrong movements, our structure gets relaxed. The movements become more fluid yet… Time passes and the elasticity of the body gives physiologically way to new limits and rigidity.

The constant search for new dynamic balance points is one of the objectives of a physically well-educated practice: to grant oneself today what was physically easy until yesterday, it’s a good way to build a tomorrow in which we keep doing what we like… Because it’s good for us.

Of course, in this perspective, gradually, the whole approach to the “physical” life of the practitioner converges: from nutrition to sleep, from workouts to supporting lifestyles.

The point is that, when courses reopen, even the most scrupulous ones usually stiffen a shoulder, pull uke to them, do not follow nage. They don’t flow. WE don’t flow. This is normal (at least from a statistical point of view).

This is because if it were only a merely physical matter, there would be an “in or out” performance situation. And Aikido (Karate, Judo, Ju Jutsu, …) would be reserved only for certain individuals with certain physical qualities. Which, within the frame of certain performances, is also true.

Yet we come across people who apparently do not have an optimal physical condition according to the athletic canons, who are capable of a soft management of strength, tremendously effective. And in “iron-cast” practitioners who only know the sacred Gospel of brawl.

In the classic study of Morality, at a certain point, the “content of action” is defined, that act of the human being in which there is not only the physical dimension of “doing”. There is the dimension of “acting”, or rather of “pushing and lifting” doing towards an end that one has freely chosen to pursue.

We should often reflect about this. If we say that Aikido is a “school of freedom” and then our “doing” is exclusively muscular, contracted, tense and ready to react, there is probably an issue, not just physical.

If we think that the practice of a discipline should only be finalized without a physical “doing”, too.

If our “doing” prevails over our “acting” inside and outside the Dojo, we are likely to be people more likely to talk than to listen. To defend than to dialogue. To impose than to propose. Often in a passive-aggressive way. Often concealing in the flight, in the entrenchment on one’s own positions, in stimulating a commiserating pietism, in constantly changing the point of a discussion -of a technique- the hidden desire to impose one’s rigidity. Let’s pay attention to such kind of indicators.

Filling the body with waza, the mouth of kuden, the head of projected images of ourselves reflected perhaps in tons of picture in stunning white keikogi on the web does not save us from the basic question: are we…living human beings?