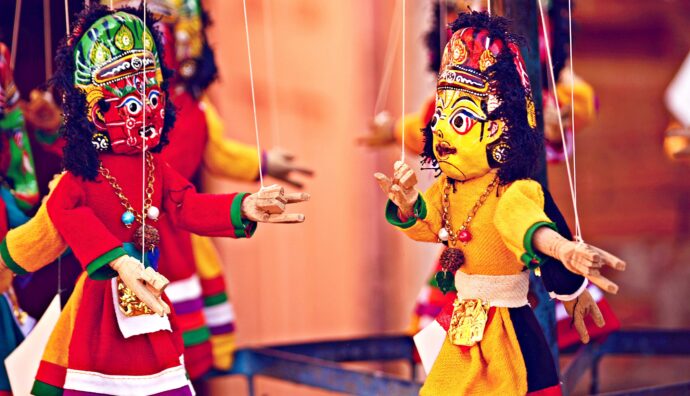 There is something most people search for with greed. More than peace, than money,  than sex. Even, more than life itself. Power. Supremacy. Authority.

In more than two decades of professional experience gained assisting projects developed by dozens of teams in a lot of firms, departments and groups, I witnessed that many, many times.

Like those animals in the National Geographic documentaries, we are often obsessed by the idea of demonstrating to be the alpha-male (or female) in our groups.

One of the funniest (or tragic) aspects of this kind of behaviors is the unavoidable and almost omnipresent case in which the one who is in charge of being a leader is deprived of his or her authority by those who ought to follow an…”inspired guide”.

When this occurs -and it happens very often, a short circuit is triggered, so that:

Ordinarily, dwarfs aspire to be taller, while giants don’t have those feeling.

To be honest, sometimes it happens that giants hesitate and are reluctant to be guided by a smart and talented dwarf: there is always an alpha-male-dark-gene hidden somewhere inside us.

Defining a framework is the essential condition for the possibility of developing a masterpiece inside the framework. A certain order is a good propeller for the creative freedom of the artists. Discipline and inspiration, rules and phantasy, hierarchy and valorization of the individual… These are the ingredients of a balanced society -and maybe this is one of the reasons we all are assisting to its degradation.

We practice on the tatami martial disciplines that claim to be manifestations of the “budo”, that, literally, means the way of being able to avoid and extinguish the war, the conflict.

For those disciplines, like Aikido, that don’t foresee a recognized competition, it apparently seems that there would not have been enough room for alpha-male issues.

At the opposite, like every other human group, our ego pops up in many occasions.

For instance, in the Dojo, when the impatience pushes a beginner not to follow some instructions given by the sensei; or pushes a senpai to believe that his or her journey is over and there is nothing left to be learned; or pushes the sensei to think that there will never come up something good for him or for her from the line of underlings that bow in front of him (or her).

Thanks to the Internet, the competition often shifts on a different level. A discipline that, in the vision of his founder, was intended like a tool to unify the human family, is the pretext to show prejudice, to judge others’ ranks, to magnify our own style, rank.

The consequences are quite obvious.

Fragmentation, endless debating, people who virtually fight each other on the web who, later, post hieratic pictures with hyper-zen quotes about harmony, purity…

There is nothing wrong in recognizing ourselves as people who sometimes fail. People who are walking along a path.

Discovering again humility could be an excellent antidote and could sparkle the fire.

Of true leadership and true commitment.