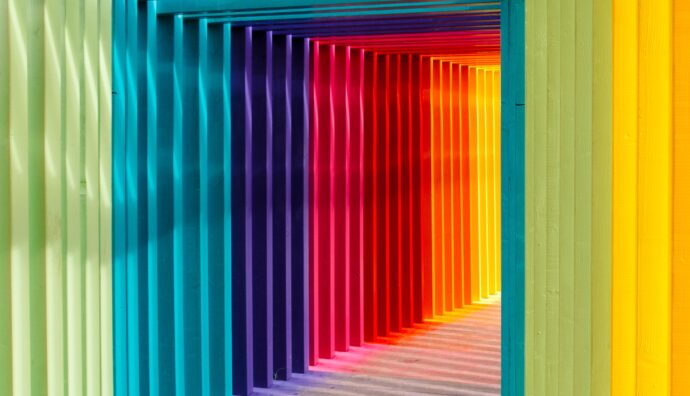 Is there a link between ethics and aesthetics? And if so, can it be trained?

These are questions that human beings have been asking themselves for centuries. Romans had given a hasty answer, according to their culture: “nulla ethica sine aesthethica”. There is no ethics, without aesthetics.

We are all intimately convinced that we have good aesthetic references. We are pleased to think that we are recognized as people with solid ethics.

We are not going into terrain that has already been explored by many, from Nietsche to Wittgenstein. The philosophy of aesthetics is interesting but we’ll leave it, for now, to philosophers.

And as persons all of our learning is based on experience and the repetition of forms. Everything. Language, the use of the body, the structuring of thought, relationships…
We are placed in front of the forms. We are introduced to the forms. Repeating and adapting them; by modifying them and sometimes creating new ones, we have become what we are.

We are literally “struck” by the shapes and by the experience we have of them. And for this reason we learn. This is the deep meaning, not only the etymological one, of the word “aesthetic” (αἰσθάνομαι – aisthànomai).

What about ethics? We tend to give this word broad meanings. Anyone when he thinks of himself/herself, in defining the self as a person with ethics, provides a self-congratulatory profile. Maybe a little exaggerated like LinkedIn profiles. Quoting “The Matrix”, something like this often comes up:

“…program writer for a respectable software company, you have a social security number, you pay your taxes, and you help your landlady carry out her garbage”.

Beautiful. He makes us feel good.

Attending a course, in our case an Aikido one, means spending several hours each week on the mat. There our person interacts through the body, with other people, through kinetic and behavioral patterns that follow well-defined forms. Since the body doesn’t know how to lie, even if it belongs to the greatest liar that ever existed, the practice restores aesthetics first, and then ethics.

First you gradually become more and more fluid in the forms. From initial awkwardness we move on to greater grace. To a growing pleasure of practice. This is the level of aesthetics.

We are used to thinking of aesthetics as something frivolous. It is not. Because the moment aesthetics strikes, it always leavse an opportunity to improve something about us. Or to notice something we hadn’t noticed before.

There will be a reason why experts, in any field, don’t stop training by repeating the techniques of their art.

However, aesthetics are not enough. The risk is to create a perfect but impenetrable aesthetic shell. A place that feeds asphyxiation and not evolution.

Aesthetics paves the way for ethics. First of all the habit of doing something constructive for oneself.

Secondly, it prepares the conditions for an objective evaluation of one’s way of relating to others.

Lastly, it allows you to have an objective reference to experiment with how to improve. Not just mentally or physically. But in a context, such as practice, where the whole psychophysical system is actively involved.

Is there a link between ethics and aesthetics, then? Yes of course. It’s a strong bond. The former cannot exist without the latter and vice versa, because we are made for beauty. To get to know it, preserve it and share it.

Can it be trained? Yes of course. Without resorting to big words but with patient daily activity.

Let’s think about it: when the teacher made us fill our notebook with rods we didn’t do much differently from what we do on the tatami. One hundred suburi, one hundred letters a in the notebook… Is there any difference?

Photo by Robert Katzki on Unsplash