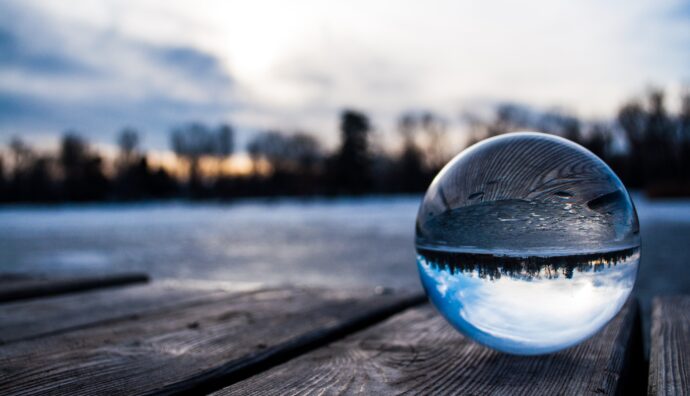 As spring gives us brighter days, it also brings us the first evidences of gradual reopening. In June we will be allowed to start again indoor training, in compliance with safety protocols. We think it’s appropriate to approach this phase by taking advantage of the reflections of experts who offer us perspectives of interpretation of what we have lived and what we will experience as individuals and as a society.

Two years after “Psychology and Aikido – The resolution of the conflict”, a meeting hosted by the Adler Institute within the Psychology 4.0 series of speeches, today we are happy to host Emanuela Grandi‘s contribution. She graduated in Clinical Psychology; after four years of specialization at the Adlerian School of Psychotherapy in Turin she became a psychotherapist. She is an analyst, a Trained Teacher of the Italian Society of Individual Psychology. Her activities ranges from and psychotherapy to counseling activities. Enjoy the reading.

2020 was the year of the pandemic, the covid-19, the lockdown, the masks, the interruption of our life as we knew it. Children, adolescents, adults and the elderly found themselves first being stuck in their houses, then undergoing restrictions and finally feeling a constant uncertainty about the future: on a rational level, we all knew that nothing would end with the summer of 2020 but on the emotional side we all hoped that the virus would disappear with the arrival of summer tot coming back in fall.

So we found ourselves in October with an ever greater fear, a huge despair and the worry of not seeing the light at the end of the tunnel …

Each of us reacted in a different way: children became frightened and regressed, becoming more childish and hardly tolerating separation from their parents; adolescents have “retired”, closed in their rooms and glued in front of the devices, to create a parallel social reality but at the same time becoming illiterate in managing relationships in presence; adults have fluctuated between the worry of the disease, the fear that their relatives would get sick, the apprehension of work (with the fear, depending on the type of work done, of loss of the same, of layoffs, etc …), the worry related to the schooling of the children and so on; the elderly, on the other hand, tended to react in two different ways: those who shut up at home waiting for the vaccine and filled their days with what they thought was useful to pass the time and those who, on the other hand, did not endure such a restriction of their freedom of movement, since not even in the war it had been like this, and he found every ploy to get out anyway (let’s remember the queues at supermarkets during the lockdown time, where most of the people were elderly, who then came out with small bags and maybe everyone went the days or almost to do the shopping just to leave the house with an “excuse”).

Finally, but not because less important, people practicing any kind of sport: from children to people of a certain age, all those who are passionate about sports or who invest emotionally and physically in the daily or weekly practice of some sport, have found themselves blocked in the literal sense of the term. What did this period produce in them? Sport for children, as for any age, is a “school of life”: it teaches to socialize, to grasp the importance of the group, of the rules, of being together with a goal, of pursuing physical health which in the perspective of the thought of A. Adler’s Comparative Individual Psychology is an integral part of the human being.

The biopsychosocial unit finds in sport one of its highest “results”: the athlete has found a dimension in which he can express his potential, pursue physical and psychological well-being, “recharge” with positive energy and “discharge” negativity. The past year has stopped all this, producing in many a discomfort, suffering, anxiety, a nervousness that has not always been easy to stem and manage.

We felt forgotten by the government, treated as “virus’ spreaders” or people who did not understand the urgency of the moment and “fixed” themselves on something as unimportant as sport and training. For those used to having weekly or daily contact with their group, the IOC welcoming of e-sports by only partially resolved and was,in any case, late.

Some have managed to find a motivation in themselves, despite the logistical and organizational hurdles at home, to continue in a different way a training that did not completely block what was done until then. Apps for home gymnastics, workouts and so on are so prolific before being able to re-access (for a short time) to gyms or parks. Others, also based on the sport practiced, could not continue training or, if agonists, have opted to continue whenever possible with training. On the other hand, those who had recently approached a sport or the gym have tended to definitively stop training and take care of themselves: eating disorders have proliferated, many people have undergone significant weight gain, they are no longer able to follow a healthy and varied diet without exceeding the consumption of those “junk” foods that are usually a “cuddle” for negative times…

What can be done now to remedy what we talked about? Surely, for those who manage to have the willpower, to attend gyms (outdoors or when they reopen) and sports groups, contact a nutritionist to get some indication of healthy nutrition and in case psychosomatic symptoms have occurred, depressive, paranoid, contact a professional psychotherapist, even if only for a short support course. Physical health goes hand in hand with the psychological sphere, much more than what one can commonly think and believe: many ailments are psychosomatic and cannot be cured with medicines, at least in a definitive and lasting way.